Sofia Boutella net worth: Sofia Boutella is an Algerian-French dancer, actress, and model who has a net worth of $4 million. Sofia Boutella was born in Bab El Oued, Algiers, Algeria in April 1982. Her dance styles include hip-hop and street and she has appeared in ad campaigns for Nike. Boutella has starred in several music videos for artists including Jamiroquai, Madonna, Rihanna, Chris Brown, Usher, Ne-Yo, Michael Jackson, and more.

She has starred in films including StreetDance 2, Monsters: Dark Continent, Kingsman: The Secret Service, Star Trek Beyond, Tiger Raid, The Mummy, Atomic Blonde, Kingsman: The Golden Circle, and more. In 2017 she won a CinemaCon Award for Female Star of Tomorrow. She was chosen for Nike in 2007 and danced on Madonna's Confessions Tour. She auditioned successful to tour with Michael Jackson on his This Is It tour but she could not attend because the Madonna Tour was extended. 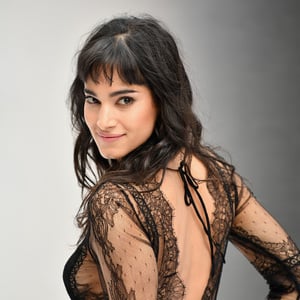