Her first film role came starring as Hazel in the 1999 movie The Cider House Rules. From 2002 to 2003 Skye starred as Megan Matheson in the television series 24. She starred in the movies The Prophet's Game, The Patriot, Don't Say a Word, Riding in Cars with Boys, Against the Ropes, Boogeyman, Kill Your Darlings, Pineapple, American Primitive, Good Day for It, and Sick Boy. Bartusiak appeared in episodes of JAG, Judging Amy, Providence, Frasier, Law & Order: Special Victims Unit, Touched by an Angel, George Lopez, House M.D., Lost, and CSI: Crime Scene Investigation. Her last appearance came in the 2013 short Frame of Reference. Skye won a Camie award in 2003 for Love Comes Softly. She was also nominated for two Young Artist Awards. Skye McCole Bartusiak passed away on July 19, 2014 at 21 years old likely due to seizures. 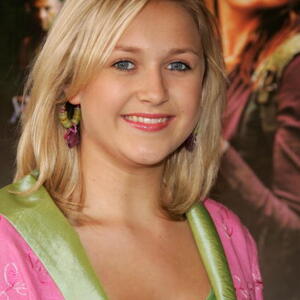