Early Life: Skeet Ulrich was born Bryan Ray Trout on January 20, 1970, in Lynchburg, Virginia. His parents, Earl and Carolyn, split up when Skeet was a child. Carolyn, the owner of the PR company Sports Management Group, later married NASCAR driver/team owner D. K. Ulrich, and after their divorce, she married Edward Lewis Wax. Ulrich is the nephew of retired NASCAR driver Ricky Rudd. Skeet and his brother, Geoff, were kidnapped by their father when Ulrich was 6 years old, and they spent three years living in Florida, New York, and Pennsylvania before being reunited with their mother in Concord, North Carolina. Ulrich's Little League coach gave him the nickname "Skeeter" because his "slight stature reminded him of a mosquito's." Ulrich battled pneumonia numerous times as a child, and at age 10, he underwent open-heart surgery after doctors discovered a hole in his ventricular wall as well as a cleft mitral valve. He attended Northwest Cabarrus High School, then enrolled at the University of North Carolina at Wilmington, intending to study marine biology. After seeing a flyer for a workshop offered by playwright David Mamet, Skeet applied and was accepted, so he transferred to New York University.

Career: Ulrich was an extra in "Weekend at Bernie's" (1989), "Chattahoochee" (1990), and "Everybody Wins" (1990), and he had an uncredited role as a thug in 1990's "Teenage Mutant Ninja Turtles." He became an apprentice at the Atlantic Theater Company, and while performing with the theatre company, he caught the attention of director Stacy Cochran, who cast him in the anthology series "CBS Schoolbreak Special" in 1994. Skeet rose to fame in 1996 after playing Chris Hooker in the supernatural horror film "The Craft" and Billy Loomis in the Wes Craven slasher "Scream," which grossed $173 million at the box office. That year he also appeared in the films "Last Dance," "Boys," and "Albino Alligator." In 1997, Ulrich co-starred with Jack Nicholson and Helen Hunt in "As Good as It Gets," which grossed $314.1 million and earned an Academy Award nomination for Best Picture. He ended the 1990s with prominent roles in the TV movie "A Soldier's Sweetheart" (1998) and the films "The Newton Boys" (1998), "Chill Factor" (1999), and "Ride with the Devil" (1999).

In 2001, Skeet appeared in the films "Nobody's Baby," "Soul Assassin," and "Kevin of the North," and in 2003, he played the lead role on the ABC series "Miracles." In 2005, he played Jethro Wheeler in the critically-acclaimed miniseries "Into the West" and appeared in the television film "The Magic of Ordinary Days," and from 2006 to 2008, he starred as Jake Green on "Jericho," which aired 29 episodes over two seasons. CBS cancelled "Jericho" after the first season, but a fan campaign to save the show led the network to give it another chance. From 2007 to 2014, Ulrich lent his voice to nine episodes of the stop-motion Adult Swim series "Robot Chicken, and in 2009, he appeared in the films "For Sale by Owner" and "Armored," the TV movie "Back," and three episodes of "CSI: NY." He guest-starred as Det. Rex Winters on "Law & Order: Special Victims Unit" in 2010, then played the character in 14 episodes of "Law & Order: LA." Skeet appeared in the television films "Gimme Shelter" (2010) and "Anatomy of Violence" (2013) and portrayed real-life horse racing trainer Chip Woolley in the drama "50 to 1" (2014). 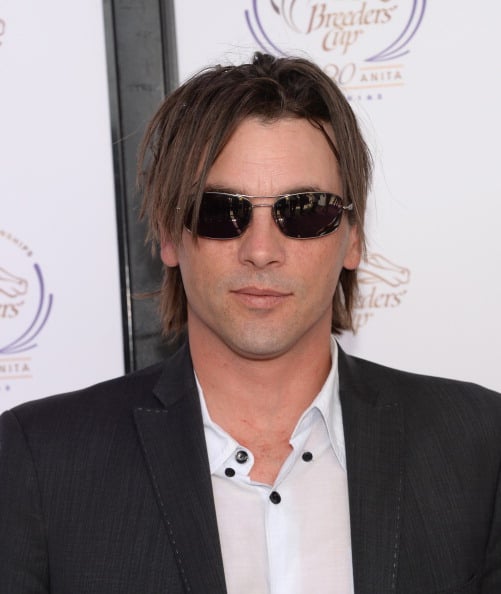 Ulrich guest-starred in two episodes of "Unforgettable" from 2015–2016, and in 2017, he starred in the comedy "Austin Found" and portrayed Brian David Mitchell in the television film "I Am Elizabeth Smart." From 2017 to 2021, he starred on "Riverdale" as FP Jones, father of Jughead Jones; FP has served as the leader of the Southside Serpents gang and the sheriff of Riverdale, and he once confessed to a murder he didn't commit in order to protect his son. In February 2020, Skeet announced that he would be leaving the series after the fourth season to "explore other creative opportunities." He appeared in 64 episodes of the show, and his final episode, "Chapter Seventy-Nine: Graduation," ended up airing during season five due to the Covid-19 pandemic cutting the prior season short. While appearing on "Riverdale," Ulrich also starred in the film "Escape Room" (2018) and was a series regular on Quibi's "#FreeRayshawn" (2020).

Personal Life: Skeet married actress Georgina Cates on October 5, 1997, and they welcomed twins Jakob Dylan and Naiia Rose Ulrich on March 9, 2001. Ulrich and Cates divorced in 2005, and Skeet went on to wed actress Amelia Jackson-Gray on May 6, 2012. The couple divorced in 2015, and Ulrich became engaged to model Rose Costa in 2016, but they split up the following year. Skeet has often avoided walking red carpets because he doesn't like getting his picture taken, and he has said that fame is "not something I was interested in, I was really interested in doing things that challenged me." Ulrich enjoys woodworking, and at the age of 10, he built an elaborate tree fort with a friend. As a college student, he built sets for UNC-Wilmington's theater department, and he later began building furniture. After Skeet's "Riverdale" co-star Luke Perry passed away in 2019, a private memorial was held at Ulrich's home. After Luke's tragic death, "Riverdale" addressed the loss with a tribute episode, which Skeet called "one of the hardest experiences I've had on film." He stated, "I don't think I've ever had that raw of an experience that was filmed before. Literally, almost impossible to utter lines."

Awards and Nominations: Ulrich was named Best Breakout Director for "The Girl on the Roof" at the 2014 Williamsburg Independent Film Festival, and "Scream" earned him Best Supporting Actor nominations from the Academy of Science Fiction, Fantasy & Horror Films and "Fangoria" Chainsaw Awards in 1997. In 2006, the Western Heritage Awards honored "Into the West" with a Bronze Wrangler for Television Feature Film, and "The Magic of Ordinary Days" won a Camie at the Character and Morality in Entertainment Awards. 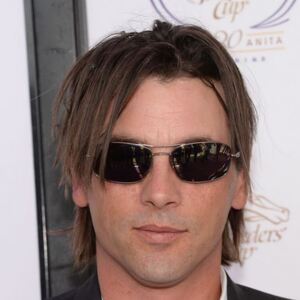