Skai Jackson net worth: Skai Jackson is an American actress who has a net worth of $500 thousand. Skai Jackson was born in New York City, New York in April 2002. She started off as a child model in commercials which included Band-Aid bandages. Jackson first appeared in the movie Liberty Kid in 2007.

From 2011 to 2013 she starred as Little Fish in the television series Bubble Guppies. Jackson has starred in the TV series Jessie as Zuri Ross since 2011. She has also starred in the movies The Rebound, Arthur, The Smurfs, and G.I. Joe: Retaliation. Jackson has appeared in episodes of the TV series Royal Pains, Boardwalk Empire, Kick Buttowski: Suburban Daredevil, Austin & Ally, and Good Luck Charlie. She also provided voice work for the 2014 TV series Ultimate Spider-Man. 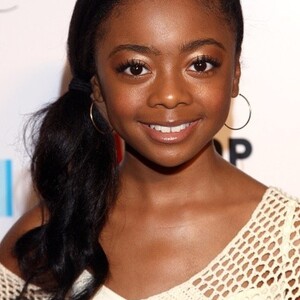