What Is Sissy Spacek's Net Worth?

Sissy Spacek is an American actress, singer, and author who has a net worth of $15 million. Spacek's memorable acting roles include Carrie White in "Carrie" (1976), Loretta Lynn in "Coal Miner's Daughter" (1980), and Sally Rayburn on the Netflix series "Bloodline" (2015–2017).

Spacek released the album "Hangin' Up My Heart" in 1983, and it reached #17 on the "Billboard" Top Country Albums chart. The "Coal Miner's Daughter" soundtrack earned her a Country Music Association Award for Album of the Year and a Grammy nomination for Best Female Country Vocal Performance. Sissy also narrated the 2005 audiobook of Stephen King's "Carrie" and the 2006 audiobook of Harper Lee's "To Kill a Mockingbird," and she published the book "My Extraordinary Ordinary Life" in 2012.

Sissy Spacek was born Mary Elizabeth Spacek on December 25, 1949, in Quitman, Texas. She grew up with mother Virginia, father Edwin (a county agricultural agent), and brothers Ed and Robbie. Sadly, Robbie passed away from leukemia in 1967 at age 18. Sissy has said of her brother's death, "I think it made me brave. Once you experience something like that, you've experienced the ultimate tragedy. And if you can continue, nothing else frightens you. That's what I meant about it being rocket fuel—I was fearless in a way. Maybe it gave more depth to my work because I had already experienced something profound and life-changing." Spacek was given the nickname "Sissy" by her brothers, and she performed onstage for the first time at just 6 years old, in a local talent show. She attended Quitman High School, where she was named homecoming queen during her senior year. Sissy is a first cousin of actor Rip Torn on her father's side.

In 1968, Spacek released the single "John You Went Too Far This Time" (which is about John Lennon) under the name Rainbo. After she was dropped by her record label, Sissy decided to focus on acting, and she studied at the Lee Strasberg Theatre and Film Institute. She also signed with Ford Models and was an extra at Andy Warhol's Factory. In 1970, Spacek had an uncredited role in Warhol's film "Trash," and in 1972, she co-starred with Gene Hackman in "Prime Cut." In 1973, she appeared in the film "Badlands" and the TV movie "The Girls of Huntington House" and guest-starred on "Love, American Style" and "The Waltons." Sissy earned her first Academy Award nomination for the 1976 film adaptation of the 1974 Stephen King novel "Carrie," then she won an Academy Award for 1980's "Coal Miner's Daughter." Country singer Loretta Lynn personally chose Spacek to play her, and Sissy did her own singing in the film. Spacek followed the success of "Coal Miner's Daughter" with roles in "Heart Beat" (1980), "Raggedy Man" (1981), "Violets Are Blue" (1986), and "'night, Mother" (1986), and she earned Academy Award nominations for 1982's "Missing," 1984's "The River," and 1986's "Crimes of the Heart." 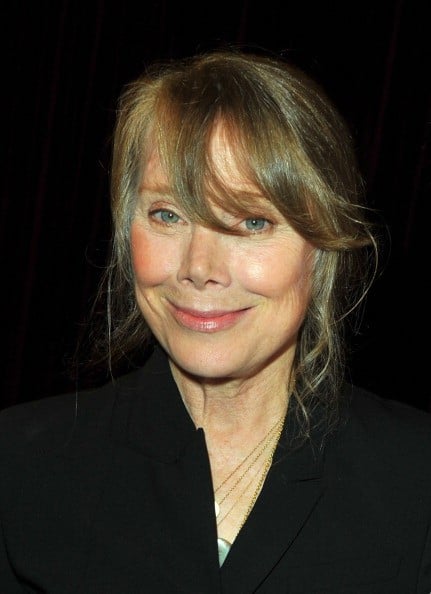 Sissy appeared in the films "Gray Matters" (2007), "Hot Rod" (2007), "Pictures of Hollis Woods" (2007), and "Four Christmases" (2008), and she narrated the PBS documentary series "Appalachia: A History of Mountains and People" in 2009. In 2011, she played Mrs. Walters in "The Help," which grossed $216.6 million at the box office and earned numerous awards, including several Best Ensemble awards. From 2010 to 2011, Sissy had a recurring role as Marilyn Denshamnon HBO's "Big Love," and from 2015 to 2017, she starred as Sally Rayburn on "Bloodline," which aired 33 episodes over three seasons. In 2018, she appeared in the film "The Old Man & the Gun," and she played Ruth Deaver on the Stephen King series "Castle Rock" and Ellen Bergman on Amazon Prime Video's "Homecoming."

Sissy married art director/production designer Jack Fisk on April 12, 1974. The couple met on the set of the 1973 film "Badlands," and Jack directed her in 1981's "Raggedy Man" and 1986's "Violets Are Blue." The couple has two daughters, Schuyler (born July 8, 1982) and Madison (born September 21, 1988). Schuyler Fisk is an actress and singer best known for starring in the 2002 comedy "Orange County" alongside Jack Black and Colin Hanks.

Sissy and her "The Help" co-stars won ensemble awards from the Awards Circuit Community Awards, Black Film Critics Circle Awards, Gold Derby Awards, Hollywood Film Awards, National Board of Review, Satellite Awards, and Screen Actors Guild Awards. Spacek received a Special Mention for "Carrie" at the 1977 Avoriaz Fantastic Film Festival and a Film Excellence Award at the 2001 Boston Film Festival, and she shared a Women Film Critics Circle Award for Best Female Images in a Movie with her "North Country" castmates Charlize Theron and Frances McDormand. Sissy won a National Board of Review Award and National Society of Film Critics Award for "Coal Miner's Daughter, and she also earned a National Society of Film Critics Award for "Carrie." She received a Lifetime Achievement Award at the 2010 Houston Film Critics Society Awards, and she was inducted into the Online Film & Television Association Hall of Fame in 2016. In 2011, Spacek received a star on the Hollywood Walk of Fame. 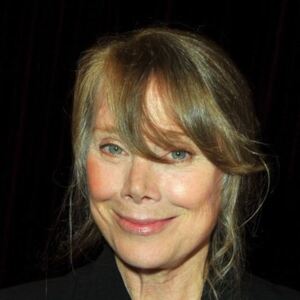