Simon Yam Net Worth: Simon Yam is a Hong Kong actor and film producer who has a net worth of $20 million. Simon Yam was born in Hong Kong in March 1955. Before acting Yam was a supermodel. He signed with Hong Kong TV network TVB and co-starred in many television series.

Yam has nearly 200 acting credits to his name. He starred in the 1989 Japanese-Hong Kong co-production Bloodfight. The film was the first in which English was spoken through the whole film. He starred in Full Contact which gained him critical acclaim opposite Chow Yun-fat. Yam starred in Future Cops in 1993 which was a parody of Street Fighter. She starred as Chiang Tin-Sung in the first three installments of the Young and Dangerous series. Yam starred as Cheung San in the TV series My Date with a Vampire II. He made his American film debut in 2003 in the film Lara Croft Tomb Raider: The Cradle of Life. He directed his first film Tales From the Dark 1 in 2013. Yam won a Best Actor Award at the Hong Kong Film Awards for Echoes of the Rainbow. He has also been nominated for another five Best Actor and four Best Supporting Actor Awards. He has also won awards for best actor from the Golden Bauhinia Awards and Asia Pacific Screen Awards. 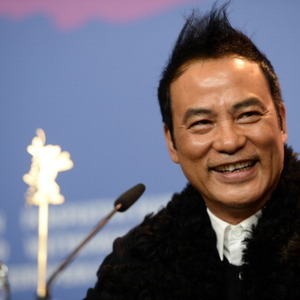