Simon Rex net worth: Simon Rex is an American actor and comedian who has a net worth of $3 million. Simon Rex earned his net worth through various television shows and supporting movie roles. Born Simon Rex Cutright in July of 1974, he is better known by stage names Simon Rex and Dirt Nasty.

Aside from performing as an actor and comedian, he has also been a TV host, recoding artist, VJ (video music DJ), and record producer. As well as a pornographic actor. He began his adult film career at the age of 19, when he appeared in two productions. Later, at the age of 24, he went to appear in three more adult-based movies. Dirt Nasty was Rex's VJ name, which he used as an alter ego on MTV. The character has since gained an extensive web following and on social media. Rex has also stared in the TV show What I Like About You, as Jeff Campbell. As well as George Logan in Scary Movie 3 and 4, before switching to the role of Dan Sanders in Scary Movie 5. Originally hailing from San Francisco, California, Rex has since traveled for both his music and on-camera roles. He is also an only child and of Jewish descent on his mother, Zoe's, side. 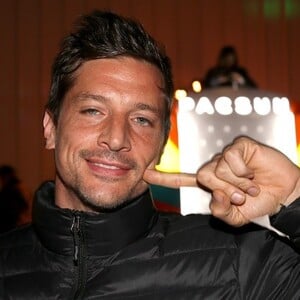