Simon McBurney net worth: Simon McBurney is an English actor, writer, and director who has a net worth of $5 million. Simon McBurney was born in Cambridge, England, United Kingdom in August 1957. As an actor he starred as Archdeacon Robert on the television series Rev. from 2010 to 2014. McBurney has had recurring roles on the TV series The Vicar of Dibley, Utopia as Donaldson in 2013, The Borgias as Johannes Burchart from 2011 to 2013, The Casual Vacancy as Colin Wall in 2015, The Loudest Voice as Rupert Murdoch in 2019, and Carnival Row as Runyan Milworthy in 2019.

Simon McBurney has appeared in several films including The Reckoning, The Manchurian Candidate, The Last King of Scotland, The Golden Compass, Robin Hood, Harry Potter and the Deathly Hallows – Part 1 (voice), Jane Eyre, Mission: Impossible – Rouge Nation, The Conjuring 2, The Mercy, and more. He wrote and executive produced the film Mr. Bean's Holiday and wrote and directed the film National Theatre Live: A Disappearing Concept. McBurney was nominated for a Screen Actors Guild Award in 2015 for The Theory of Everything. 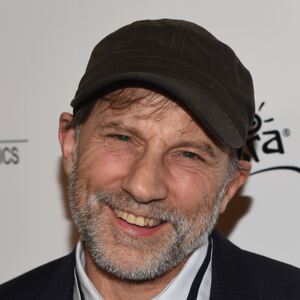