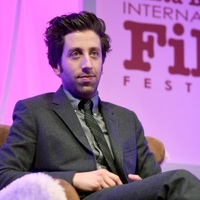 What is Simon Helberg's net worth and salary?

Simon Helberg is an American actor who has a net worth of $55 million. Simon Helberg is best known for his work on the show "The Big Bang Theory". At his peak during the series, Simon was one of the world's highest-paid television actors.

Simon Helberg was born on December 9, 1980 in Los Angeles, California. He's the son of actor Sandy Helberg and casting director Harriet Helberg. His paternal grandparents were Polish Jews who survived the Holocaust and moved to the United States after World War II. Helberg originally intended to focus on karate and earned his black belt when he was 10, but shifted his focus to theater in high school. He subsequently attended The Tisch School of the Arts, and was a student at The Atlantic Theater School. Helberg's roommate at New York University was fellow actor and friend Jason Ritter. The two had also attended high school together. 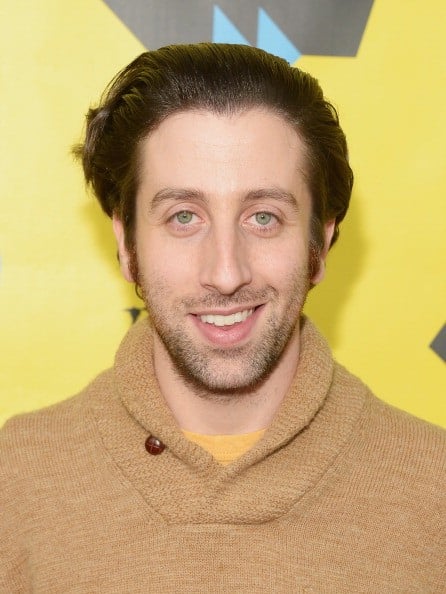 Helberg started out performing with comedian Derek Waters in the early 2000s in the sketch comedy duo Derek & Simon. In 2007, the pair starred together in a web series, "Derek & Simon: The Show". They had created the web series with the help of comedian Bob Odenkirk for the comedy website Super Deluxe. They also made two short films, one co-starring Zach Galifinakis and Bill Hader titled "Derek & Simon, The Pity Card," and "Derek & Simon: A Bee and a Cigarette," co-starring Casey Wilson and Emily Rutherfurd.

He began his professional acting career with minor and guest starring roles on television and on film, in such projects as "Popular", "Cursed", "Son of the Beach", "Undeclared", "Van Wilder", and "Old School". One of Helberg's earliest roles on TV was a brief stint as part of the cast on MADtv in 2002.  In 2004, Helberg was in two episodes of "Reno 911!" Later that year, he appeared alongside Hilary Duff and Chad Michael Murray in "A Cinderella Story." Helberg had a minor role in George Clooney's 2005 blockbuster film "Good Night, and Good Luck".

Later in 2005, he had a small part on "Arrested Development" as Jeff, an employee of the film studio where Maeby worked. From 2006-2007, Helberg had a supporting role in the drama "Studio 60 on the Sunset Strip," where he honed impressive impersonations of Nicholas Cage, Tom Cruise, and Ben Stiller. In 2006, he appeared in a series of comedic TV commercials for Richard Branson's UK financial company Virgin Money. Helberg played a small role in the 2007 film "Walk Hard: The Dewey Cox Story."

He became a household name when he was cast as Howard Wolowitz in the hit sitcom, "The Big Bang Theory" in 2007. In 2014, his salary per episode was raised to $800,000. Between June 2015 and June 2016, Simon Helberg earned $23 million. Helberg appeared in 280 episodes across the 12 season series from 2007-2019. The show earned 7 Emmy Awards over the course of its run and picked up numerous nominations along the way. Helberg won a Critics' Choice Award for Best Supporting Actor in a Comedy Series for his work as Howard.

In the later seasons of the show, Simon earned $1 million dollars per episode of "The Big Bang Theory". That worked out to $22-24 million per year in total earnings for at least two seasons. He had previously been earning $800,000 per episode. 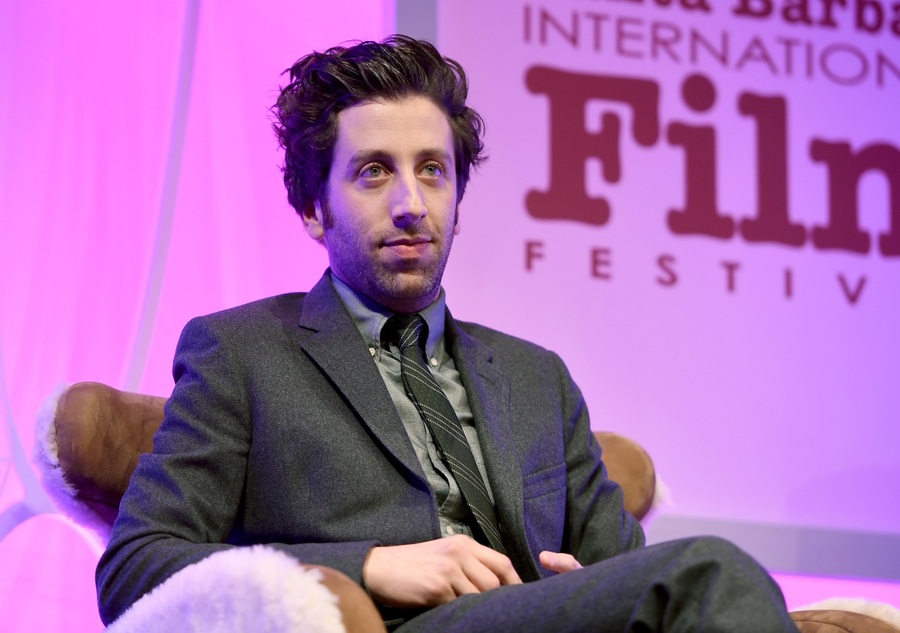 While he was filming "The Big Bang Theory", Helberg participated in a pilot episode of the Judd-Apatow produced sitcom "Undeclared." He also appeared as the character Moist in "Dr. Horrible's Sing-Along Blog." In 2009, Helberg played the role of junior Rabbi Scott Ginsler in the Coen brothers film "A Serious Man." In 2013, he appeared in the Atlanta episode of "Drunk History." Helberg voiced Napoleon in 2014 on three episodes of "The Tom and Jerry Show." That same year, Helberg worked as an actor, director, writer, and producer alongside his real-life wife Jocelyn Towne on the comedy "We'll Never Have Paris."

In 2016, Helberg scored a starring role opposite Meryl Streep and Hugh Grant in Stephen Frears' "Florence Foster Jenkins." He played a pianist named Cosme McMoon and his performance was nominated for the Golden Globe Award for Best Supporting Actor in a Motion Picture. Helberg is next set to star opposite Adam Driver in "Annette". He is also slated to star in "As Sick as They Made Us", written and directed by his "Big Band Theory" co-star Mayim Bialik and co-starring Dustin Hoffman.

Helberg and actress Jocelyn Towne were married on July 15, 2007. Their first child, Adeline Towne Helberg, was born in May 2012. Their son Wilder Towne Helberg was born in April 2014. The family resides in Los Angeles, California. They purchased a sprawling, 4,000 square foot, 1930's era Spanish Colonial style home for roughly $6.9 million in 2019.

Outside of his acting talent, Herberg is also a highly skilled and accomplished pianist. Herberg is a dedicated Liberal Democrat and supported Bernie Sanders' presidential campaigns in both 2016 and 2020. He has been a long-time supporter of the charity Save the Children.

In 2011 Simon and Jocelyn paid $2.9 million for home that was being sold by Charlie Sheen.

In May 2019 Simon and his wife paid $6.9 million for a home in LA's Los Feliz neighborhood. Vince Vaughn and Kate Bosworth (separately) were both previous owners. Simon and his wife listed this home for sale in April 2022 for $9.875 million. As of this writing they appear to have not yet found a buyer. Here is a video tour:

In 2017 Simon and his wife paid $5.1 million for a 6.5 acre horse property in Carpinteria, California, just south of Santa Barbara.

In February 2022 the Helbergs paid $8.4 million for am 8,000 square foot mansion in Pasadena, California. The mansion, which dates back to 1906, features 7 bedrooms and 6 bathrooms on 1.27 acres of property.