What is Simon Cowell's net worth?

Simon Cowell is a British music executive and television producer who has a net worth of $600 million. Simon is one of the most successful media personalities of both music and television of the last 30 years. He has consistently been one of the highest-paid celebrities in the world for over two decades. In a typical year, he earns $50 – $100 million from his various endeavors. For example, between June 2019 and June 2020 he earned $50 million. The vast majority of his earnings come from judging and producing three shows; "America's Got Talent," "Britain's Got Talent," and "The X-Factor."

Simon Phillip Cowell was born in Lambeth, London, England on October 7, 1959. He was raised in Elstree, Hertfordshire. Cowell has a younger brother, three half-brothers, and a half-sister. Cowell attended Radlett Preparatory School and Dover College. He passed English Language and Literature and then attended Windsor Technical College.

Cowell worked a number of odd jobs in his youth, including working as a runner on Stanley Kubrick's 1980 horror film "The Shining." However, he had issues getting along with his colleagues and bosses. Eventually,  Simon went to work for his father, Eric Philip Cowell, who was an executive at EMI Music Publishing. Initially starting out in the mailroom, Simon worked his way up at the company before leaving to form his own label, E&S Music. He then went to work at a company called Fanfare Records for eight years until its parent company was sold to BMG. Cowell then formed another label of his own called S-Records.

Interestingly, Simon Cowel and S-Records' first major success did not come from music artists, but from novelty releases based on popular television series such as "The Wiggles" and "Mighty Morphin Power Rangers." In 1995,  he persuaded two actors, Robson Green and Jerome Flynn from the UK television drama series "Soldier Soldier," to sign with him and record the song "Unchained Melody," which they had performed on the show. The recording by the duo quickly reached number one in the U.K.  It became the best selling single of 1995, and the group's self-titled debut album released later in the year also became the best-selling album of 1995. According to Cowell, they made him his first million.

Idol and other Shows

In 2001, Cowell became a judge on the British television reality show "Pop Idol," which in turn spawned a worldwide franchise now seen in over 100 countries. As we all know, Cowell eventually moved on to judge Pop Idol spin-off, "American Idol." Cowell's fame grew thanks to his signature phrase, "I don't mean to be rude, but …." Cowell left "American Idol" in January 2010 when the show was still the most popular show on American television.

Cowell uses his newest record label, Syco, as a platform to release records from the talent seen on its sister company, Syco TV, which produces television shows "The X Factor," "Britain's Got Talent," and "America's Got Talent."

To raise money for the families of the victims of the Grenfell Tower fire in London in June 2017 and for The London Community Foundation, Cowell arranged the recording and release of a charity single "Bridge over Troubled Water." Cowell collaborated with a number of vocalists for the single, including Robbie Williams, Dua Lipa, Roger Daltrey, and Rita Ora, and the song reached number one on the U.K. Singles Chart.

In 2020, Cowell stepped away from his record label Syco Music, to focus on other projects. Over the years his label was very successful and represented artists including Noah Cyrus, Grace VanerWaal, and Leona Lewis.

In July 2020, it was reported that Cowell is in talks with streaming giant Netflix to create talent competitions for the service.

In 2020, Cowell announced that he would be writing a seven-book series with his son called "Wishfits." The first three books in the series will be released in 2021, the remaining four are scheduled for 2022. 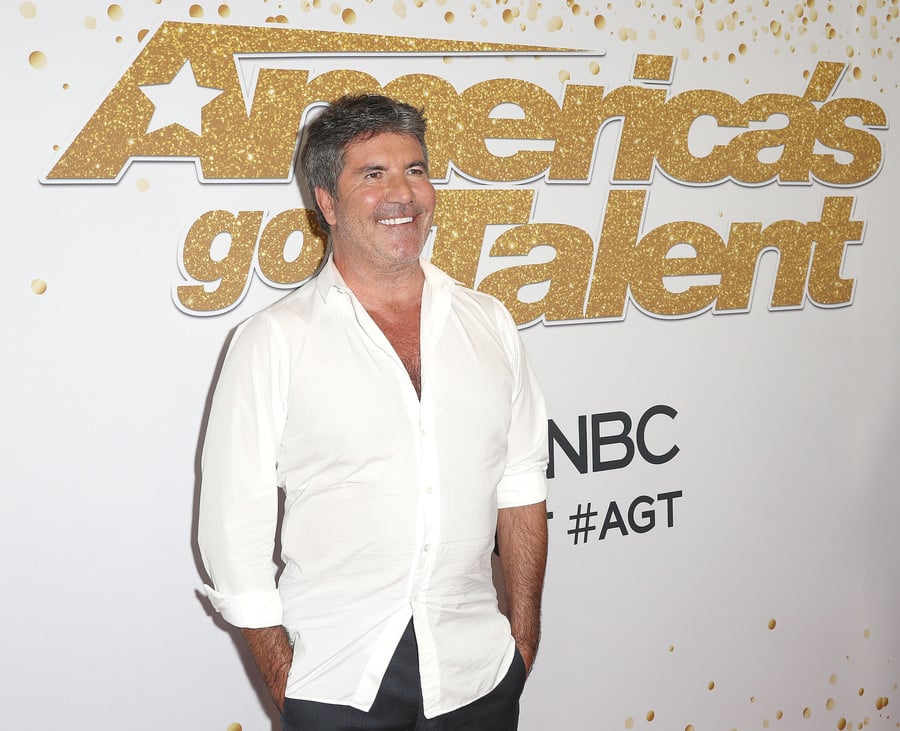 Cowell dated English television host Terri Seymour from 2002 to 2008. Cowell was engaged to make-up artist Mezhgan Hussainy from 2010 to 2011.

Cowell began dating American Lauren Silverman in 2013. At the time she was married to Cowell's friend Andrew Silverman. Andrew quickly filed for divorce on the grounds of adultery naming Cowell and his wife in the legal documents. Two weeks later, Cowell and Lauren confirmed they were expecting a baby. The divorce was settled out of court in August 2013. Silverman gave birth to Cowell's son on February 14, 2014. Cowell finally proposed to Lauren in January 2022 after dating for 13 years.

Cowell is a patron of Together for Short Lives, a UK charity for all children with life-threatening and life-limiting conditions. He also supports animal rights and has appeared in a video for PETA in which he reminds drivers of the cruelty to animals that can occur when their pets are locked in cars in the summer.

During the 2020 Coronavirus pandemic, Simon donated $1.5 million to Feeding America and Feeding Britain.

In August 2020 Simon broke his back while riding an electric bike at his Malibu property.

When you total up all of Simon's various business venture incomes, his annual salary regularly exceeds $95 million. His peak salary for American Idol was $33 million per season. Cowell's final year as a host of American Idol was in 2010, and now he hosts his own show, The X Factor. Between June 2017 and June 2018, Simon earned $45 million. Between June 2018 and June 2019 he earned $41 million. In the following 12 month period, he earned $50 million.

In 2017, Simon Cowell paid $24 million for an oceanfront home on the Pacific Coast Highway in Malibu. The modern home sits on a private bluff at the end of a gated driveway. The seven-bedroom, 7.5-bathroom home offers ocean views from nearly every room, and the master suite is complete with a fireplace, two bathrooms, and even a spa/massage room. The pool, spa, barbecue, and lounge area are spread out on the stone courtyard; a tennis court, gym, and four-car garage are elsewhere on the 1.63-acre property.

In July 2020, it was reported that Cowell plans to sell his Los Angeles area home after stepping away from Syco Records.

Cowell also owns one other home in Beverly Hills which he purchased for $15.5 million, a mansion in London's Holland Park, and a three-bedroom apartment on the Upper East Side of Manhattan.

In 2004 he paid $8 million for a mansion in Beverly Hills. He spent five years and untold million renovating and upgrading the mansion. He sold this home in August 2020 for $25 million. 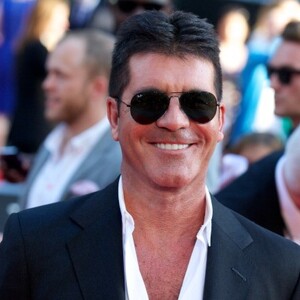