Simon Bird Net Worth: Simon Bird is an English actor and comedian who has a net worth of $8 million dollars. Simon Bird has been active in the entertainment industry since 2004. Bird is best known for playing Will McKenzie on "The Inbetweeners" as well as the show "Friday Night Dinner".

Born in Guildford, Surrey, England on August 19, 1984 to a middle class family, he attended the University of Cambridge, Birkbeck College, and the University of London. While at Cambridge, he first dabbled in acting as the President of Cambridge's sketch and theatrical group, Footlights. However, Bird commenced his comedy career by setting up the group "The House of Windsor" while studying Cultural and Critical Sciences at Birkbeck College. They even performed at the 2007 and 2008 Edinburgh Festivals. He made his big breakthrough with the E4's teen comedy "The Inbetweeners" for which he received the 2008 British Comedy Award for Best Male Newcomer as well as the 2009 award for Best Actor. Subsequently, he also starred in "The Inbetweeners Movie" (2011), as well as in its sequel "The Inbetweeners 2" set for release in 2014. His other big screen projects are the 2013 productions, "The Look of Love" and "The Harry Hill Movie". As for Bird's TV work includes the 2010 comedy panel show "The King Is Dead", and TV series like "Comedy Showcase", "Friday Night Dinner" and "Chickens". 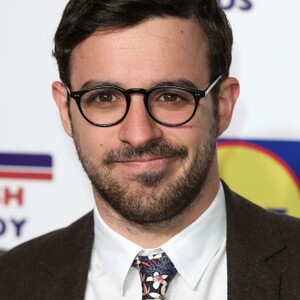