What is Simon Baker's Net Worth and Salary?

Simon Baker is an Australian actor who has a net worth of $40 million. Baker is known for his leading roles in TV series like "The Mentalist" and "The Guardian." Outside of his acting career, Baker is also an accomplished director who has a number of additional production credits under his belt. Simon has branched out into film over the course of his career with a number of notable starring roles in Hollywood blockbusters.

Simon Lucas Baker was born on July 30th of 1969 in Launceston, Tasmania, Australia. He was raised in the coastal town of Ballina, which lies in Northern Rivers of New South Wales. While growing up, Simon earned the nickname "Smiley."

Simon Baker started his acting career in the television world with roles in series like "E Street," "Home and Away," and "Heartbreak High." This was in the early to mid-90s when Baker was in his early to mid-20s. While these roles certainly helped put Simon on the map, they were not widely viewed by international audiences. Baker wanted more of a challenge than simply appearing in Australian soap operas for the rest of his life, and so he relocated to Los Angeles in search of more substantial roles.

In 1997, his first major breakthrough came when he won the role of Matt Reynolds in the neo-noir film "L.A. Confidential." He played the relatively minor role of a homosexual actor who was set up and murdered. The film received strong reviews and won two Academy Awards after being nominated for nine. It also performed well at the box office, grossing $126 million.

Baker was moving towards bigger and better roles, but first he had to pay his dues with a number of smaller appearances in a range of both independent and feature films. In 1998, he appeared in "Love from Ground Zero." Next year, he joined the cast of "Ride with the Devil," and after appearing in a television film he followed up with "Sunset Strip." In the year 2000, he played the role of Chip Pettengill in the ill-fated sci-fi flick "Red Planet." The film grossed only $33.5 million on a budget of $80 million, and it received overwhelmingly negative reviews.

In 2001, Simon Baker first took on the role of Nick Fallin in "The Guardian." This would prove to be one of his most prominent television roles, and it would help him become more established on the international stage. He appeared as one of the main cast in the series for 67 episodes until 2004. 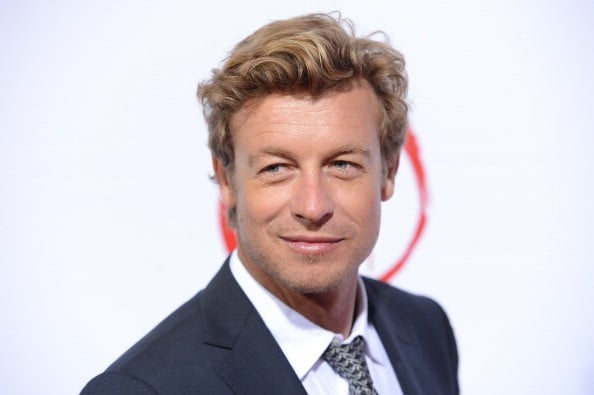 Baker would eventually land more celebrated roles in films like "The Affair of the Necklace," "Book of Love," and "The Ring Two." The latter was a remake of the iconic Japanese horror film "The Ring," and this became one of Simon's most famous film roles. "Land of the Dead" was another important film for Baker, as he played the central character of Riley Denbo and gained widespread recognition as a result. His next film was "Something New."

In 2006, Simon landed a starring role in the film "The Devil Wears Prada," which grossed $327.9 million and received excellent reviews from critics. This also served to advance Baker's film career significantly. Throughout the next few years, Baker appeared in films like "Sex and Death 101," "The Key to Reserva," "The Lodger," "Not Forgotten," and "Women in Trouble."

Also in 2006, Baker booked a recurring role in the series "Smith," appearing in seven episodes. Perhaps the greatest role of his career would come next when Simon started playing the role of Patrick Jane on "The Mentalist" in 2008. He would continue to play this role until 2015, appearing in a total of 151 episodes. The majority of critics gave "The Mentalist" positive reviews.

During his time on "The Mentalist," Simon still had time to appear in various films, such as "The Killer Inside Me," "Margin Call," and "I Give It a Year." In 2017, he co-wrote, co-produced, and starred in "Breath," which was a film adaptation of a novel. In 2018, he starred in the film "Here and Now," and in 2020 he followed up with "High Ground," also gaining an executive producer credit for the latter film.

Baker has appeared in commercials for Samsung, NZ Bank, Longines, and Givenchy.

In 1998, Baker married Rebecca Rigg, an Australian actress. Over the course of their relationship, they have had three children.

Simon Baker has certainly earned his fair share of money from "The Mentalist." In 2010, Simon Baker signed a contract that guaranteed him a producer credit and a bigger share of back-end syndication profits. In 2013, Baker was earning $350,000 per each episode of "The Mentalist". That worked out to around $8.5 million per season.

In 2015, it was revealed that Simon Baker had spent $6.5 million on a new property in Bondi Beach in Australia. Previously, Baker and his wife Rebecca Rigg owned a terrace in Paddington that was sold in 2007 for $3.3 million. The pair then purchased an earlier Bondi home for $2.63 million in 2014. This smaller home obviously wasn't quite luxurious enough for Baker and Rigg, as they upgraded to the aforementioned $6.5-million property just one year later.

In 2016, Simon sold this unneeded penthouse in Sydney for $3.5 million in Australian dollars. The 1,450-square-foot residence sold extremely quickly after being listed on the market. In addition, the couple owns another home in Nashua, Australia worth $1.5 million. Baker also owns property in Santa Monica, namely a 4,755-square-foot residence purchased in 2007 for $4.65 million. 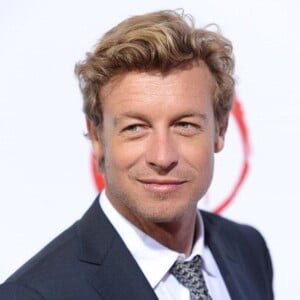