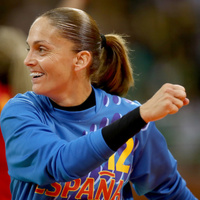 Silvia Navarro Net Worth: Silvia Navarro is a Mexican actress who has a net worth of $10 million. Silvia Navarro was born in Irapuato, Guanajuato, Mexico in September 1978. She has acted in theater, film, and television and is best known for starring in telenovelas. She graduated from TV Azteca's acting school Centro de Formacion Actoral. She first appeared in the TV series Perla in 1998. Navarro starred in the 2001 TV series Cuando seas mia. From 2008 to 2009 she starred as Fernanda Elizalde Rivera in the TV series Manana es para siempre. From 2010 to 2011 she starred as Renata Monterrubio Alvarez in the TV series Timeless Love. In 2012 Navarro starred as Camila Monterde in the series Valiant Love. In 2014 she starred as Ana Leal in the TV series Mi corazon es tuyo. She has also starred in the films Mujer alabastrina in 2006, Amor letra por letra in 2008, Cabeza de buda in 2009, Te presento a Laura in 2010, Labios rojos in 2011, and La Dictadura Perfecta in 2014. Silvia was named one of the 50 Most Beautiful people by Spanish People magazine in 2012. She has won awards from Premios People en Espanol, Association of Theatre Critics and Journalists Awards, TV Adicto Golden Awards, and Premios TVyNovelas.