Silas Weir Mitchell was born in Philadelphia, Pennsylvania in September 1969. Mitchell starred as Charles "Haywire" Patoshik on the TV series Prison Break from 2005 to 2007. He has had recurring roles on the TV series 24 as Eli Stram in 2002, My Name Is Early as Donny Jones from 2005 to 2008 and Grimm: Bad Hair Day as Monroe in 2013. Mitchell has starred in the movies Private Parts, The Patriot, Inferno, Rat Race, The Whole Ten Yards, Heart of the Beholder, Flags of Our Fathers, The Phobic, The Gray Man, Halloween 2, and Heaven's Rain. He has also appeared in episodes of the TV series Silk Stalkings, Caroline in the City, ER, NYPD Blue, The X-Files, The Pretender, The Practice, Nash Bridges, Six Feet Under, Cold Case, CSI: Miami, Crossing Jordan, Medium, JAG, CSI: NY, CSI: Crime Scene Investigation, Monk, Without a Trace, Dexter, The Closer, The Shield, Burn Notice, Law & Order: Special Victims Unit, Numb3rs, and The Mentalist. 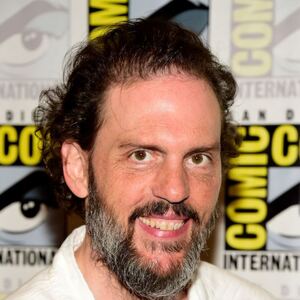