What is Sigourney Weaver's Net Worth and Salary?

Sigourney Weaver is an American actress who has a net worth of $60 million. Over the course of her career, Weaver has gained a reputation for playing some of the most memorable action heroines in Hollywood. Although Sigourney is perhaps best known for playing Ellen Ripley in the "Alien" film franchise, she also gained recognition for a range of other science fiction roles. A versatile actress, Weaver is also more than capable of playing comedic roles.

Critics and fans alike heap praise upon Sigourney Weaver for portraying women in a positive light. She typically plays heroes who are intelligent, tough, and caring. Weaver has won a number of awards during her time in the spotlight, including Golden Globes, a BAFTA Award, and many others. She has also been nominated for numerous Academy Awards, Tony Awards, and additional Golden Globes. Despite reaching the pinnacle of her career in the 80s, Weaver is still an active performer who is widely considered to be one of the greatest movie stars of all time.

Early Life: Susan Alexandra Weaver was born on October 8th of 1949 in Manhattan, New York City. Raised as the only child of an English actress named Elizabeth Inglis and NBC president and executive Pat Weaver, Sigourney was always destined to pursue a career in the entertainment world. By 1963, Susan started using the name "Sigourney" after discovering a character with the same name in the book "The Great Gatsby."

After attending an all-girls preparatory school, Sigourney went to private schools in Manhattan. By the time she was 14, Sigourney towered over her classmates at 5'10. At the age of 18, Weaver traveled to Israel on a volunteering trip. After studying English at Stanford, Sigourney graduated in 1972 with a BA. During her college years, Sigourney fell in love with acting for the first time and subsequently attended Yale's School of Drama. In 1974, she graduated from Yale with an MFA. While at Yale, Weaver appeared in a number of plays alongside future film stars such as Meryl Streep.

Career: Weaver's career began with a non-speaking role in Woody Allen's "Annie Hall," which was released in 1977. That being said, her real breakthrough came two years later when she appeared in Ridley Scott's "Alien" in 1979. Although Veronica Cartwright was originally slated to appear in the role, a last-minute change gave Sigourney the opportunity she had been waiting for. "Alien" proved to be a massive blockbuster hit, grossing over $203 million on a budget of around $10 million. Critics singled Weaver out for praise, celebrating her strong yet sympathetic performance. Later, Weaver would appear in three more "Alien" films.

Outside of her work with the "Alien" franchise, Sigourney remained very busy as an actress, especially after making her breakthrough with the first "Alien" movie. Her next big project was "The Year of Living Dangerously" alongside Mel Gibson, and she followed up with a central role in "Ghostbusters" and "Ghostbusters II." Although she was gaining a reputation as a science-fiction actress, Sigourney was determined to defy expectations. Towards the end of the 80s, she appeared in "Gorillas in the Mist," portraying the real-life primatologist Dian Fossey. That year, she also joined the cast of "Working Girl" alongside Harrison Ford. She won a number of awards for both performances.

After giving birth to her first child in 1990, Weaver followed up with "1492: Conquest of Paradise," "Death and the Maiden," and "Copycat." Although Sigourney transitioned to supporting roles throughout the 90s with movies like "Jeffrey" and "The Ice Storm," she once again returned to the spotlight with films like "Galaxy Quest" and "Map of the World."

Throughout the 2000s, Weaver gained recognition for her roles in films like "Heartbreakers," "Holes," "The Village," "Vantage Point," and "Baby Mama." In 2009, she appeared in the film "Avatar," which became the highest-grossing film of that time. Just two years later, it was announced that Weaver would play an important role in all three of the film's upcoming sequels. In 2015, Sigourney appeared in the film "Chappie." In 2019, it was reported that she would appear in a new "Ghostbusters" movie slated for release in 2021.

Outside of her film career, Weaver has become an established voice actress. She famously played the voice of the ship's computer in the film "Wall-E" and also guest-starred on the animated series "Futurama." In addition, Weaver reprised her role as Ripley in the video game "Alien: Isolation." In terms of live-action television roles, Sigourney is famous for playing the Queen of the Vampires in the series "Vamps."

Relationships: Sigourney Weaver married stage director Jim Simpson in 1984. Over the course of their relationship, they have had one child together. 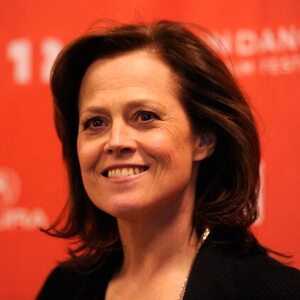