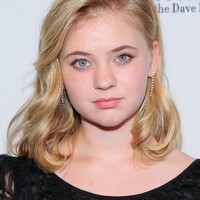 Sierra McCormick Net Worth: Sierra McCormick is an American actress who has a net worth of $1 million. Sierra McCormick was born in Asheville, North Carolina, in 1997, and began pursuing her acting career before her tenth birthday. McCormick appeared in "'Til Death" when she was nine years old and landed a role on the popular game show "Are You Smarter Than a 5TH grader?". McCormick went on to appear in an episode of "Hannah Montana" and starred in "Jack and Janet Save the Planet", "Ramona and Beezus", and "A Nanny for Christmas". McCormick landed the role for which she's currently best known in 2011, playing Olive in the Disney Channel show "A.N.T. Farm". McCormick's other TV and film credits include "The Dog Who Saved Christmas", "Spooky Buddies", "The Breakdown", "Some Kind of Hate", "Curb Your Enthusiasm", "Boston Legal", "Criminal Minds", "CSI: Crime Scene Investigation", "Romantically Challenged", "Jessie", "Supernatural", and "Medium". McCormick also appeared in China Anne McClain's 2011 music video for "Dynamite". She lives in Los Angeles with her parents, her sister, and her dog. McCormick appeared in a PETA ad campaign with her family pooch in an effort to promote adopting dogs from shelters rather than purchasing them from breeders or pet stores.