Sienna Miller Net Worth: Sienna Miller is an English actress, model, and fashion designer who has a net worth of $18 million. Although she eventually became a successful actress, Miller began her career as a model. She began to gain notoriety thanks to appearances in Italian "Vogue" and a topless shoot for the 2003 Pirelli calendar. Next year, Sienna made her acting debut in 2004 films like "Layer Cake" and "Alfie." Other films soon followed with "Factory Girl," "The Edge of Love," and "G.I. Joe: The Rise of Cobra."

After a brief hiatus due to her dissatisfaction with the media attention she was getting, Sienna returned to the acting world with movies like "The Girl," "Foxcatcher," "American Sniper," and "Mississippi Grind." Towards the end of the 2010s, she appeared in films like "Live by Night" and "American Woman," while also booking a role in the miniseries "The Loudest Voice." Miller has won a number of awards and accolades over the course of her career, including nominations for the BAFTA Rising Star Award, the BAFTA Television Award for Best Actress, and the Golden Globe Award for Best Actress – Miniseries or Television Film.

Sienna Rose Diana Miller was born on December 28th of 1981 in New York City. Only eighteen months later, she relocated with her family to London. Her mother is a South African former model, and her father is an American banker and art dealer. Raised alongside a sister named Savannah, Sienna moved to Parsons Green in 1987 after her parents divorced.

During her early years, Miller attended boarding schools and became proficient at lacrosse. Described as a "rebel" during her high school years, Sienna regularly smoked and drank. After graduating from secondary school, she immediately got a job as a model in Germany. She then used her payment to move to New York City and enroll in an acting course at the Lee Strasberg Theatre and Film Institute.

Miller began her entertainment career as a model, working with brands like Coca-Cola before appearing in magazines such as "Vogue," "Nylon," "Marie Claire," and "Porter Edit." She also gained early fame by posing topless for the 2003 Pirelli Calendar.

However, she was also booking acting roles as early as 2001, in movies like "South Kensington." During these early years, she appeared in shows like "The American Embassy," "Bedtime," and "Keen Eddie." After beginning a relationship with Jude Law in 2004, she began to enjoy greater exposure, and roles came more easily. A major role for Miller was in "Layer Cake," and she subsequently appeared in "Alfie."

Further roles came with "Casanova," "Factory Girl," and "The Mysteries of Pittsburgh." By the time she appeared in "The Edge of Love," she was beginning to be quite disillusioned by the entertainment world. After "G.I. Joe: The Rise of the Cobra," she took a hiatus from film work, eventually accepting a lead role in the Broadway play "After Miss Julie."

In 2012, she returned to film and began to play more complex, dramatic roles in films like "The Girl," "Two Jacks," and "Just like a Woman." Further roles came with "Mississippi Grind," "Unfinished Business," "High-Rise," and "Burnt." From 2018 onwards, Sienna received widespread critical acclaim for her roles in films like "The Catcher Was a Spy," "21 Bridges," and "The Loudest Voice."

During her acting career, she has continued to take various modeling jobs. In 2006, she began her two-year contract with Pepe Jeans London. In 2009, she was announced as a new ambassador for Hugo Boss' new fragrance. In 2016, she partnered with Lindex, a Swedish fashion chain. In 2020, she appeared in a Gucci photoshoot. Miller has also launched her own fashion label along with her sister, Savannah, who is a professional fashion designer. 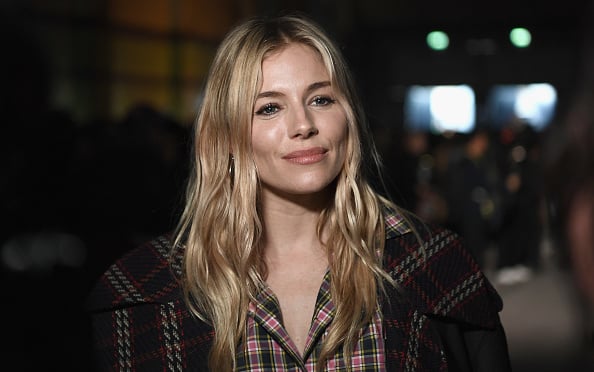 Sienna Miller is probably best known for her "on-again, off-again," relationship with Jude Law. The pair first became engaged in 2004, although a year later the relationship fell apart after Law publicly announced that he had been having an affair with the nanny of his children. Law and Miller tried to preserve their relationship, but they ultimately separated in 2006. However, they got back together in 2009 – only to split up again in 2011. In the past, Miller had dated actors such as Balthazar Getty and Tom Sturridge. She had a child with Sturridge in 2012.

Sienna Miller has had a long and arduous relationship with the media. She is a longtime critic of tabloid media and paparazzi-style journalism. Perhaps the most notable example of this was the 2011 phone-hacking scandal, after which she was awarded 100,000 pounds in damages. It was revealed that News of the World had hacked into her phone. She also gave evidence in the Leveson Inquiry, complaining of being chased and intimated by photographers.

In 2009, it was reported that Miller had purchased a "country retreat" in Gloucestershire, England. The home is located close to the residence of her sister, Savannah, who runs a successful fashion label. In 2010, it was reported that Sienna was selling a home in London with the goal of moving in with her fiancee at the time, Jude Law.

In 2018, Sienna Miller reportedly put her home in London up for sale while also offering it out for prospective tenants. Miller purchased this residence in 2011 for 2.7 million pounds before listing it for 3 million pounds in 2014. However, she was ultimately unsuccessful in her goal to offload the property, and in 2018 she lowered the price all the way back down to 2.75 million pounds. This means that even if she had managed to sell the home, she would have barely made a profit. However, she also decided to rent the property out to provide her with a bit of extra cash flow, with a rental fee of 2,000 pounds per month.

In 2019, it was reported that Miller's "weekend retreat" in the Hamptons was on the market for $11.25 million. The Sag Harbor home features 6,760 square feet of living space, Italian cabinetry, marble finishes, and high ceilings. There is also plenty of outdoor space, with multiple decks and terraces. Outside, there is an infinity pool and spa, plus an extra cabana for visitors. 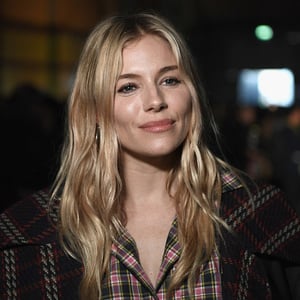