Sienna Guillory Net Worth: Sienna Guillory is an English actress and model who has a net worth of $5 million. Sienna Guillory was born in Kettering, Northamptonshire, England, United Kingdom in March 1975. While attending Gresham's School she was a part of many school productions. She was signed as a model in 1997 to support her acting career. She worked on campaigns for Burberry, Armani, Dolce & Gabbana, and Paul Smith. She was the face of Hugo Boss's fragrance campaign in 1999. Her debut acting role came in the 1993 TV movie Riders. In 1995 Guillory starred as Lady Felicia Marabel in the TV mini-series The Buccaneers. She starred as Lettice Knollys in the 2006 TV mini-series The Virgin Queen. In 2013 she had a recurring role as Mary Day in the TV series Luther. She has starred in the films Kiss Kiss (Bang Bang), Obvious, The Time Machine, Love, Actually, Resident Evil: Apocalypse, Silence Becomes You, Eragon, Resident Evil: Afterlife, The Big Bang, and Resident Evil: Retribution. Sienna was nominated for a Phoenix Film Critics Society Award for Best Ensemble Acting in Love Actually. She was named Britain's Most Eligible Woman by readers of Esquire UK in 2001. 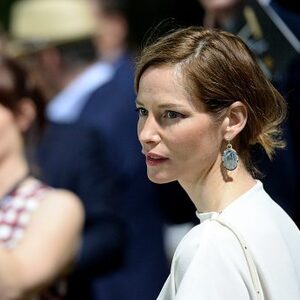