Sid Haig Net Worth and Salary: Sid Haig was an American actor who had a net worth of $1.5 million at the time of his death in 2019. Born in Fresno, California on July 14, 1939, Haig was best known for his appearances in the Rob Zombie horror films, House of 1000 Corpses and The Devil's Rejects. He has been active in the film industry since 1960 and can also be seen in Jack HIll's 1970s blaxploitation films. He was born as Sidney Eddy Mosesian and began acting and dancing as a child in a vaudeville revival show. He was also a musician with experience in drumming and specializing in jazz, swing, country, rock and roll, and blues. He recorded the single, "Full House," with the T-Birds in 1958.

Haig studied acting at the Pasadena Playhouse and eventually pursued a career in film. He made his first appearance in a UCLA film called The Host and went on to earn television credits in Batman, Gunsmoke, Get Smart, The Dukes of Hazzard, Charlie's Angels, and more. After being typecasted as a "stupid heavy", Haig passed on the role as Marsellus Wallace in the cult classic, Pulp Fiction, but was later offered the role as the judge in the 1997 film Jackie Brown. He received the award for Best Supporting Actor as Captain Spaulding in House of 1000 Corpses and followed up on his role with The Devil's Rejects. He was been married to Susan L. Oberg from 2007 until his death in 2019. He died on September 23, 2019 at the age of 80. 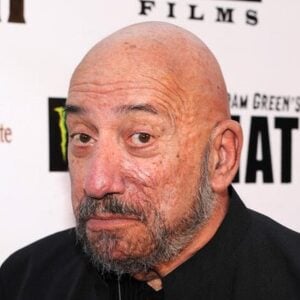