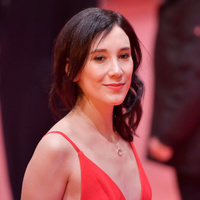 Sibel Kekilli net worth: Sibel Kekilli is a German actress who has a net worth of $3 million dollars. Sibel Kekilli was born in Heilbronn, Germany, and dropped out of school when she was 16 to work. She relocated to Essen, where she worked a series of odd jobs, before working for a brief time in the porn industry. Her adult film industry name was Dilara. She was subsequently cast in the German Turkish film, "Head On", which went on to become a worldwide smash. Her porn career was revealed during the awards junket for the film, and it resulted in her parents breaking off all contact with her. The German Press Association later penalized the tabloid that leaked the story for their handling of the revelation of her past career. She has since gone on to appear in such films as "Fay Grim", "The Last Train", "When We Leave", and "What a Man". Today she is most widely recognized for her work as Shae on the hit series, "Game of Thrones". Shae is a whore who falls in love with Peter Dinklage's character Tyrion Lannister. The relationship is strained because she is a low-born slave/prostitute and he is royalty. This conflict unfolds in some very violent and emotionally torturous circumstances.