Show Luo Net Worth: Show Luo is a Taiwanese actor, singer, and host who has a net worth of $10 million. Show Luo was born in Keelung, Taiwan in July 1979. He made his acting debut in the 2001 film Expect a Miracle. He also starred in the movie Journey to the West as Prince Important in 2013 and the short Heartbeat Love in 2012.

Luo appeared in episodes of the TV series Lan Qiu Huo in 2008 and Hi My Sweetheart in 2009. He was nominated for a Golden Bell Award for Best Performance by an Actor in a Television Series in 2010. As a singer Show was a member of the groups Four Heavenly Kings and Romeo. His solo debut studio album Show Time was released in 2003 on the label Avex Taiwan. Luo has released a total of 10 albums on Avex Taiwan, EMI Music Taiwan, Gold Typhoon, and Sony Music Entertainment. Since 2007 he has been on numerous world tours. Show has authored three books and has had endorsement deals with Wechat with Rainie Yang, Chando Men's, Cotton USA, Watsons, Pert with Alice Tzeng, Dico's, YiLi Ice Cream with Angelababy, Horien Eyeware, and MORRIS K Watches. 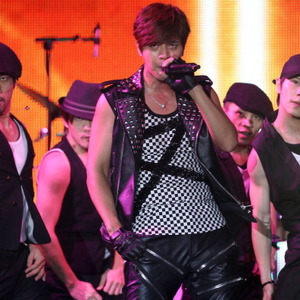