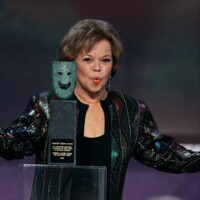 What was Shirley Temple's net worth and salary?

Shirley Temple was an American film and television actress, singer, dancer, author and diplomat who had a net worth of $30 million at the time of her death. Shirley Temple died on February 10, 2014 at the age of 85 in Woodside, California.

Shirley achieved true super-star status after the movie "Bright Eyes" was released. The movie was written specifically for her and featured Shirley's now trademark singing abilities with the song "On the Good Ship Lollipop". The song alone sold 500,000 copies of sheet music. Shriley would go on to appear in dozens more films, most notably "Curly Top", "Our Little Girl", "Poor Little Rich Girl", "Dimples", "The Littlest Rebel", and "Heidi". Several of these films were the highest grossing movies in the years they were released.

In 1967 Shirley ran for Congress but lost. She eventually became the Ambassador to Ghana and Czechoslovakia. She also served on the boards of several corporations during her lifetime, including Del Monte, The Walt Disney Company, Bank of America and more.

At her peak Shirley Temple was one of the highest-paid actors in the world, an achievement she accomplished before even hitting her teenage years. In 1934, when she was just six years old, Shirley signed a contract with Fox Films. That same year she landed what would become her breakout role in the movie "Stand Up and Cheer!". Pretty soon Shirley was the talk of the town and earning $1,250 per week, which is equal to $22,000 after adjusting for inflation. Before the age of 14, Shirley had earned $3 million as a child actor which is equal to $34 million after adjusting for inflation.

Shirley Temple was born Shirley Temple Black on April 23rd, 1928 in Santa Monica, California. Her parents were of Dutch, Anglican, and German ancestry. Her mother was a homemaker, and her father worked as a banker. She had two older brothers, and they grew up in Brentwood, Los Angeles.

Her mother encouraged her to develop her talents in singing and dancing, and when she was three years old, she was enrolled at Meglin's Dance School in Los Angeles. While participating at the dance school, she was spotted by a casting director for Educational Pictures, and she was invited to audition for the studio.

In 1932, she was signed to a contract and starred in "Baby Burlesks," which were ten-minute comedy shorts satirizing popular movies and shows only using preschoolers. At this point, Temple had already adopted her signature ringlets, and she performed so well that she was promoted to the twenty-minute comedy shows. The same year she signed on with Educational Pictures' she was lent to Tower Productions for a small role in their feature film "The Red-Haired Alibi."

In 1934, she was cast in the Fox Film musical "Stand Up and Cheer," which proved to be her breakout role. The magnitude of her roles increased over the course of that year, and she had starring roles in the comedy musical "Baby, Take a Bow" and the family comedy film "Bright Eyes." She maintained a busy schedule for a seven-year-old and had starring roles in the next year's "The Little Colonel," "Our Little Girl," "Curly Top," and "The Littlest Rebel." During her years as child actor, she tended to appear in family-oriented films and musicals, and she was often cast in roles where she diffused conflict between adults, had fairy-like attributes, or was the precocious comic relief. A common theme was the triumph of goodness over evil. Her salary grew to reflect her popularity, which was something her parents had hired an attorney to accomplish. In 1934, she was receiving $1,000 a week, the modern equivalent of nearly $20,000, and she earned a $15,000 or around $295,000 in modern dollars. Because her image was being used on numerous commercial products without compensation, her attorney began sending out cease and desist letters to those using her likeness without permission. In 1935, she was the first child actor to be awarded a juvenile Oscar for her work in film, and she received another raise for $2,500 a week or today's equivalent of nearly $500,000. 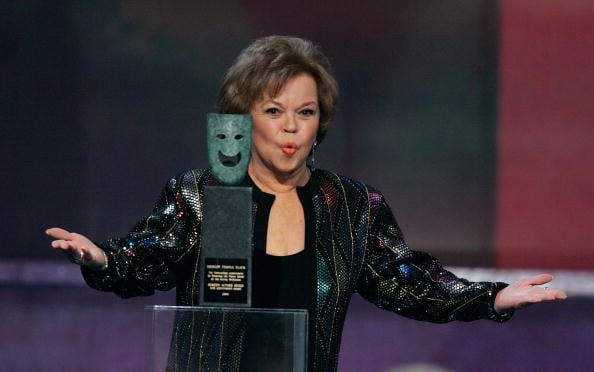 By the late 1930s, Temple had become a pop culture icon and her name as well as image were ubiquitous. In 1937, she received a leading role in the Academy Award nominated drama film "Wee Willie Winkle." Her next major role came in 1939 with "The Little Princess," which was based on the book by the same name. It was her first technicolor film and was a critical and commercial success. She appeared in two commercial flops in 1940 with the fantasy film "The Blue Bird" and the musical drama "Young People." At this time, Temple was twelve years old, and her parents decided to buy out the remainder of her contract and sent her to Westlake School for Girls in Los Angeles. She briefly signed on with MGM but did not appear in any major box office hits, so she took a break from acting in 1942. After returning to acting in 1944, she starred in the critical and commercially successful war films "Since You Went Away" and "I'll Be Seeing You." Despite those films, her star power had significantly waned, and she announced that she would be retiring from film acting in 1950.

Though no longer appearing in film, Temple became the host and narrator of the NBC fairytale anthology series "Shirley Temple's Storybook," which ran from 1958 to 1961. It was well received by critics and audiences, but the budget did not allow for the special effects that were necessary to make it competitive with other popular anthology shows at the time.

In her adulthood, Temple maintained an active presence in the California Republican Party, making an unsuccessful bid for Congress in the 1967 special election for the 11th congressional district. Her attempt and a chance encounter with Henry Kissinger at a party led to her being appointed as a delegate to the United Nations by Nixon in 1969. In 1974, Gerald Ford appointed her as U.S. ambassador to Ghana, and in 1976, she became the first female Chief of Protocol, a role that included advising President Carter on national and international diplomatic protocol. Under the George H. W. Bush administration, she was appointed as the U.S. Ambassador to Czechoslovakia and held that position from 1989 to 1992.

Temple married Army Air Corps Sergeant John Agar in 1945, but after the couple had one daughter together, they divorced in 1949. In 1950, she married former Naval intelligence officer Charles Aiden Black, and the pair had two children together. They were married for fifty-four years until his death in 2005. Temple died of complications from Chronic Pulmonary Obstructive Disease on February 10th of 2014 at the age of eighty-five. She is buried at Alta Mesa Memorial Park.

Shirley lived in Woodside, California for many years up to her passing. At the time of her death, the home was worth around $5 million.

Shirley held onto the diamond for her entire life. In 2016, two years after her passing, the diamond was purchased from her estate by a private collector. The estimated value was $25 – $35 million.