What is Shirley MacLaine's net worth and Salary?

Shirley MacLaine is an American film and theater actress, singer, dancer, activist and author who has a net worth of $50 million. Shirley MacLaine has enjoyed an impressive professional career that has lasted longer than six decades. After her hugely successful film debut in Alfred Hitchcock's "The Trouble with Harry" in 1955, which brought her a Golden Globe Award for New Star of the Year – Actress, she would go on to establish herself as a prominent leading actress, landing roles in classics like "Can-Can", "The Apartment", "Sweet Charity", "Irma La Douce" and "Terms of Endearment". She has appeared in more than fifty films, has been nominated for an Academy Award six times, has received three Emmys and ten Golden Globes. Shirley won the Oscar for Best Actress in 1984 for her work in "Terms of Endearment".

Outside of her acting career, Shirley is  an outspoken advocate for civil rights and liberties and spiritual understanding. While as a writer, she has sold more than 20 million copies of her nine international bestsellers, most of which are autobiographical works dealing with her spiritual beliefs and her Hollywood career.

In 2012, MacLaine received the highest honor for a career in film, the 40th AFI Life Achievement Award, by the American Film Institute. Appreciating freedom, Shirley was in an open marriage with businessman Steve Parker until their divorce in 1982. They had one daughter together and both had affairs with other people.

Shirley MacLean Beaty was born on April 24, 1934, in Richmond, Virginia. She was named after actress Shirley Temple, who was six years old at the time of her birth. Shirley's father, Ira Owens Beaty, was a psychology professor, public school administrator, and real estate agent. Her mother, Kathlyn Corinne was a drama teacher. Shirley's younger brother is actor/writer/direct Warren Beatty. Note that both Beaty children ended up slightly changing the spelling of their respective professional last names. Warren is now known by the last name "Beatty" – with an extra "t". Frustrated by directors who would mispronounce her last name as "Mah-cleen", early in her career she changed the spelling of her surname to "MaClaine", pronounced "Mah-klain".

Shirley's mother enrolled her in ballet class when she was three years old. The initial goal was simply to correct weak ankles, but Shirley fell in love with with performing. She practiced ballet throughout her school years. Due to her higher-than-normal height and a lack of boys in ballet class, Shirley was often chosen to perform the boys' roles in performances. Also thanks to her height, she played on the boys' baseball team in elementary school, even earning the nickname "powerhouse" after setting the school's single-season home run record.

While attending Washington-Lee High School she was a cheerleader and active in the theater department.

During her senior year of high school, MacLaine achieved some success on Broadway in New York City, performing in the chorus of "Oklahoma".

After graduating in 1953, Shirley returned to Broadway and was cast in the dancing ensemble of the Broadway production of "Me and Juliet" (1953-1954). Shortly after, Shirley became an understudy to actress Carol Haney in "The Pajama Game" (1954) and subsequently replaced Haney after Haney injured her ankle.

Film producer Hal Wallis was so impressed by one of her stage performances the he arranged for Shirley to sign a contract with Paramount Pictures.

Soon after she made her film debut in Alfred Hitchcock's 1955 movie "The Trouble with Harry". Her performance earned Shirley a Golden Globe Award for New Star of the Year – Actress.

MacLaine had roles in "Martin and Lewis" (1955) and "Around the World in 80 Days" (1956), for which she received her first Academy Award nomination, as well as a Golden Globe nomination.

Shirley was nominated for the 1975's Documentary Feature Oscar for her documentary film "The Other Half of the Sky: A China Memoir", which detailed the experiences of women in China.

In 1969, MacLaine starred in the film version of the musical "Sweet Charity", directed by Bob Fosse, and based on the script for Fellini's "Nights of Cabiria" released a decade earlier. MacLaine received a Golden Globe Award for Best Actress – Motion Picture Comedy or Musical nomination.

In 1976 MacLaine performed in a series of concerts at the London Palladium and New York's Palace Theatre, which was later released as a live album "Shirley MacLaine Live at the Palace".

In 1977, MacLaine was nominated for an Oscar as the Best Actress in a Leading Role for her role in "The Turning Point." In 1978, Shirley was awarded the Women in Film Crystal Award for outstanding women who, through their endurance and the excellence of their work, have helped to expand the role of women within the entertainment industry.

Shirley MacLaine received a British Academy Film Award and Golden Globe Award nomination for her performance in the 1979 satirical film "Being There".

In 1980, MacLaine starred in "A Change of Seasons" alongside Anthony Hopkins. The two notoriously did not get along and the film received harsh criticism for its screenplay.

In 1983, Shirley starred in the comedy-drama film "Terms of Endearment". The movie was an enormous success, grossing over $108 million at the US box office. It was the second-highest-grossing film of 1983. The film received eleven nominations at the 56th Academy Awards, winning five, including Best Picture. Shirley also earned her first Academy Award for her performance – in the Best Actress category. 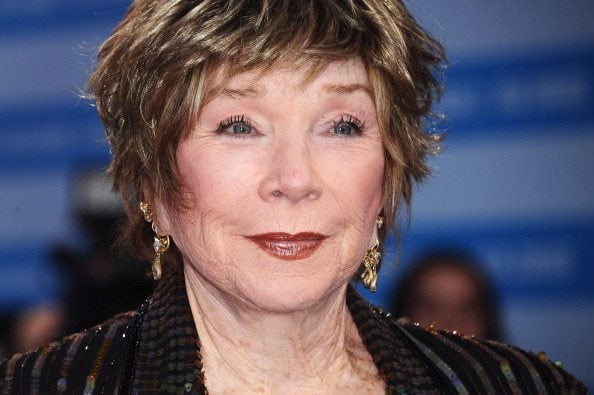 Shirley's success continued in the 1990s, 2000s and beyond with notable appearances including:

In 2000, MacLaine made her feature-film directorial debut with "Bruno" (released as "The Dress Code"), in which she also starred.

On television, Shirley appeared in the miniseries "Out on a Limb", "The Salem Witch Trials" and "These Old Broads", which was written by Carrie Fisher and co-starred Elizabeth Taylor, Debbie Reynolds, and Joan Collins.

In 2008, Shirley starred in the movie "Coco Chanel", a production based on the life of Coco Chanel. The role earned her Emmy and Golden Globe Award nominations. Shirley also appeared in the third and fourth seasons of the acclaimed British drama "Downton Abbey" as Martha Levinson.

n 1954, Shirley married businessman Steve Parker. They reportedly maintained an open-relationship during their marriage and both enjoyed affairs on the side. They had one child, a daughter named Sachi.

MacLaine was known for being somewhat difficult to work with. Anthony Hopkins once described Shirley as "the most obnoxious actress I have ever worked with."

In 1963, MacClaine reportedly marched into the office of Mike Connolly, a reported for The Hollywood Reporter, and punched him in the mouth. She was apparently angry be something he had written about an ongoing contractual dispute with producer Hal Wallis.

Shirley has been outspoken with her beliefs in aliens and UFOs. She even has claimed that the real father of her daughter Sachi is an astronaut named Paul who cloned Steve Parker.

She has given a number of interviews over the years on the subject of UFOs and even wrote a book titled "Sage-ing While Age-ing" in which she described her own real-life alien encounters. On a 2011 episode of "The Oprah Winfrey Show" Shirley claimed to have seen many UFO incidents in the skies above her New Mexico ranch.

Speaking of her New Mexico ranch, in April 2014 she listed the 7,450-acre property for $18 million. She bought the home in the mid-1990s for an undisclosed amount. As she explained to the Wall Street Journal at the time of listing, she chose that amount because "nine is the number of completion" (1 + 8 = 9). The property, which is known as "Plaza Blanca Ranch" has a 9,000 square-foot main house. As of this writing, she still owns the ranch. 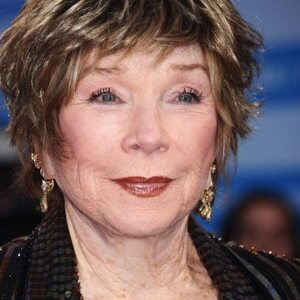