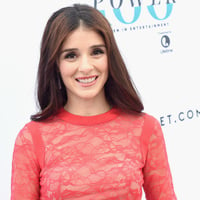 Shiri Appleby Net Worth: Shiri Appleby is an American actress and entertainer who has a net worth of $1 million. Shiri Appleby was born in Los Angeles, California in December of 1978. She is probably best known among TV fans for playing the role of Liz Parker in the science fiction TV series Roswell, set in the city that's known throughout the world as being the site of the most famous UFO landing in history. Her acting career began long before Roswell, though, when she started appearing in advertisements for products like M&Ms and Cheerios starting when she was just four years old. Her first television role outside of commercials came in the series Santa Barbara in 1985. In 1991 she had a recurring role as Rachel in the TV series Sunday Dinner. From 1999 to 20002 she starred as Liz Parker in the series Roswell High. Following the end of her signature role, from 2006 to 2007 Appleby starred as Anya in the TV series Six Degrees. From 2008 to 2009 she starred as Dr. Daria Wade in the series ER. Shiri starred as Cate Cassidy in the TV series Life Unexpected from 2010 to 2011. In 2012 she starred as Lucy in the series Dating Rules from My Future Self. From 2012 to 2013 she starred as Clarice in Chicago Fire. She starred as Rachel in 2014 in the series Un-Real and as Natalie in the series Girls from 2013 to 2014. Appleby has also starred in a variety of movies, including I Love You toe Death, Family Prayers, The Other Sister, The Thirteenth Floor, Deal of a Lifetime, A Time for Dancing, Swimfan, The Battle of Shaker Heights, Undertow, When Do We Eat?, Havoc, I-See-You.com, I'm Reed Fish, The Killing Floor, What Love Is, Charlie Wilson's War, and Love Like Wind. She has been nominated for a Teen Choice Award, Young Artist Award, and Online Film & Television Award.