Shiney Ahuja Net Worth: Shiney Ahuja is an Indian actor who has a net worth of $10 million. Shiney Ahuja was born in New Delhi, India in May 1975. His acting debut came in the 2003 film Hazaaron Khwaishein Aisi. He has also starred in the films Sins, Karam, Kal: Yesterday and Tomorrow, Gangster, Fanaa, Who Lamhe, Zindaggi Rocks, Life in a Metro, Bhool Bhulaiyaa, Khoya Khoya Chand, Hijack, The Accident, and Ghost. Ahuja won a Popular Award for Best Male Debut in 2006 at the Awards of the International Indian Film Academy. He also won the Filmfare Best Male Debut Award in 2003. Shiney was accused of rape by his domestic servant. His wife Anupam defended Ahuja but he was sentenced to seven years of imprisonment. The maid later said that he never raped her and the charges were false. 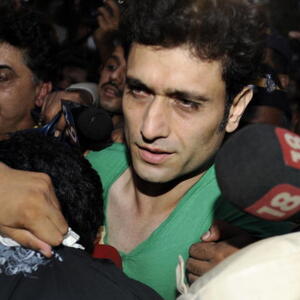