Shin Ha-kyun Net Worth: Shin Ha-kyun is a South Korean actor who has a net worth of $14 million. Shin Ha-kyun was born in South Korea in May 1974. He trained as a stage actor at the Seoul Institute of the Arts. On stage he starred in Taxi Driver, Magic time, Heotang, Leave When They're Applauding, and Welcome to Dongmakgol.

His debut film role came in the 1998 movie Gimaghin sanaedeul. In 2013 Shin starred as Kim Soo-Young in the TV series All About My Romance. He has also starred in the films Gancheob Li Cheol-jin, JSA: Joint Security Area, Guns & Talks, Sympathy for Mr. Vengeance, No Comment, Surprise, Save the Green Planet!, A Letter from Mars, My Brother, Lady Vengeance, Battle Ground 625, Murder, Take One, No Mercy for the Rude, The Game, Thirst, Café Noir, The Quiz Show Scandal, Festival, The Front Line, The Thieves, and Running man. Ha-kyun won two Best Supporting Actor awards and a Best New Actor award for Joint Security Area. He also won four awards for his role in the TV series Brain. In 2007 he was named an Exemplary Taxpayer Citizen on 41st Taxpayer's Day. 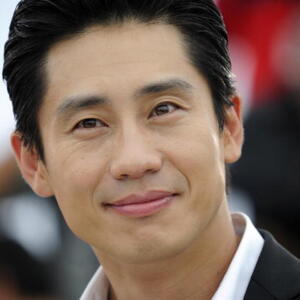