How much is Shia LaBeouf Worth?

Early Life: Shia Saide LaBeouf was born on June 11, 1986, in Los Angeles, California. His mother Shayna was a ballerina who became a visual artist and jewelry designer. His dad Jeffrey is a Vietnam War veteran who bounced from job to job. His mother is Jewish while his father is of Cajun French descent. LaBeouf identifies as Jewish. His first name is derived from Szaja, the Polish version of the Hebrew Yeshayahu (Isaiah), meaning "God is salvation" and his middle name is his mother's maiden name. LaBeouf has characterized his parents as hippies.

His father was a heroin addict who abused LaBeouf. His parents divorced and LaBeouf grew in the Echo Park neighborhood of Los Angeles with his mother. He attended the 32nd Street Visual and Performing Arts Magnet in Los Angeles and Alexander Hamilton High School officially–although he received most of his education from tutors on set. LaBeouf began performing stand-up at comedy clubs when he was 10 years old. He found an agent through in the Yellow Pages and pretended to be his own manager in the initial phone call. LaBeouf initially became an actor because his family was broke, not because he wanted to pursue an acting career. Soon after he got an agent, LaBeouf was cast as Louis Stevens in the Disney Channel show "Even Stevens."

Career: "Even Stevens" ran between 2000 and 2003 and aired 65 episodes during that time. He won a Daytime Emmy Award for his performance in the show. In 2007, then-21-year-old LaBeouf started to get noticed for his roles in feature films. He received critical praise for the movie "Disturbia." The movie that really launched Shia LaBeouf into A-List status was "Transformers." Other notable roles include the 2008's "Indiana Jones and the Kingdom of the Crystal Skull," "Wall Street: Money Never Sleeps,"  and two "Transformers" sequels.

In February 2014, Shia LaBeouf made several strange public appearances. One time he walked a red carpet wearing a paper bag over his face that was decorated with the words "I am not famous anymore." No one was quite sure what his intentions were. Some speculated it was part of a performance art piece. As it turns out, these actions were a performance art piece that LaBeouf created with British artist and author Luke Turner and Finnish artist Nastja Säde Rönkkö as a meditation on celebrity and vulnerability. Since then, LaBeouf, Rönkkö & Turner have engaged in numerous high-profile performance art projects, including #IAMSORRY (2014), #ALLMYMOVIES (2015), #TOUCHMYSOUL (2015), #TAKEMEANYWHERE (2016), and HEWILLNOTDIVIDE.US (2017–present).

LaBeouf took on the role of iconic tennis player John McEnroe in the 2017 Swedish film "Borg vs McEnroe."  In 2019, he starred in the comedy-drama "The Peanut Butter Falcon" and he also wrote and starred in "Honey Boy."

Plagiarism Issues: In late 2013, Shia was accused of plagiarism for his short film "Howard Cantour.com," which he released on the internet. Shortly after the film went up online, several bloggers noticed how similar it was to a 2007 comic called "Justin M. Damiano," by Ghost World creator Dan Clowes. Shia took the film offline and claimed that he did not intend to copy Clowes. He insisted he was"inspired" by him and "got lost in the creative process."

Since the discovery of the plagiarism of Clowe's work, LaBeouf's other work has come under scrutiny. LaBeouf's graphic novels, "Let's Fucking Party" and "Stale N Mate," were plagiarized from Benoît Duteurtre's "The Little Girl and the Cigarette" and Charles Bukowski's "Assault," respectively.

LaBeouf talked about the plagiarism accusations against him in early 2014. He revealed that he thought copyright laws were too restrictive–they did not allow ideas to flow freely. He then took to Twitter to describe his next project, Daniel Boring, which is a clear reference to David Boring, another comic created by Clowes. Furthermore, the description of the story was also completely plagiarized from Clowes. LaBoeuf received a cease-and-desist letter from Clowes' attorneys. Shia posted it on Twitter. 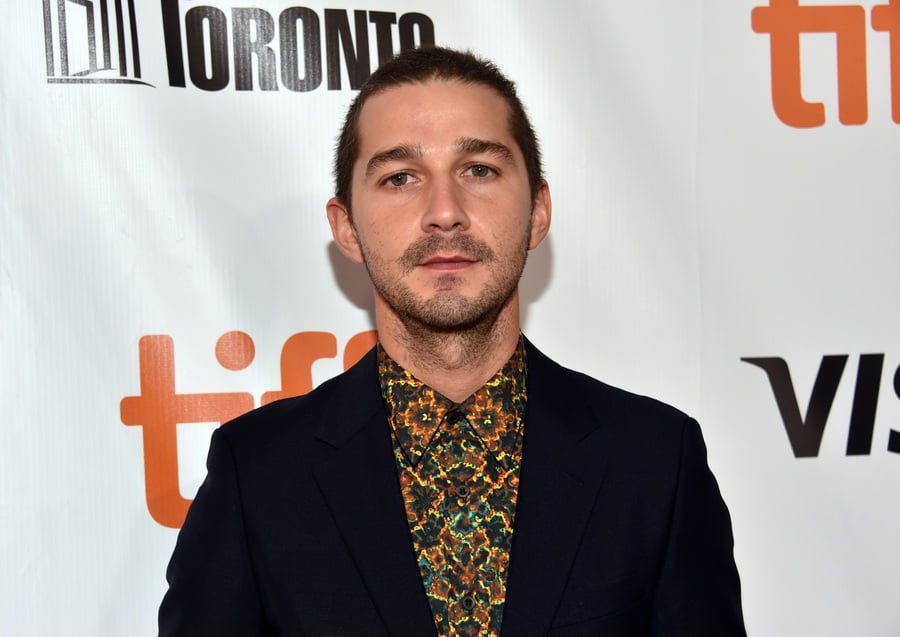 Personal Life: LaBeouf met English actress Mia Goth on the set of "Nymphomaniac in 2012." The two later became romantically involved. The couple appeared to get married in Las Vegas by an Elvis impersonator. That turned out to be a hoax. Then, on an appearance on The Ellen DeGeneres Show he said they were married. In the fall of 2018, the couple filed for divorce.

After Donald Trump was elected, Shia became one of the most vocal anti-Trump celebrities. He set up an art installation to protest Trump, but the installation was taken down several times by opponents. In July 2017, Shia was arrested for being drunk in public in Georgia. While in custody he was recorded delivering a belligerent rant.

LaBeouf was charged with disorderly conduct and criminal trespassing at the Studio 54 theatre in Manhattan in June 2014. The arrest report states that he was "acting disorderly, yelling, and being loud." He also swore at and spit at the officers. LaBeouf voluntarily entered outpatient treatment for alcoholism after this incident.

LaBeouf was arrested in the middle of the night for public drunkenness, disorderly conduct, and obstruction in downtown Savannah, Georgia on July 8, 2017. A few months later, he pleaded no contest to disorderly conduct charges. He was sentenced to one year probation and ordered to pay a $1,000 fine. He was also ordered to seek help for his anger and substance abuse issues. 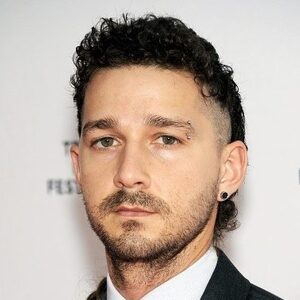