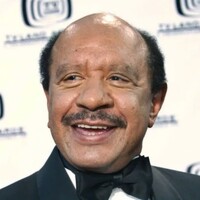 What was Sherman Hemsley's Net Worth?

Sherman Hemsley was an American actor who had a net worth of $300 thousand at the time of his death in 2012. Sherman Hemsley was best known for playing George Jefferson on the CBS television sitcoms "All in the Family" and "The Jeffersons." Later, he starred on the NBC sitcom "Amen" and had a voice role on the ABC puppet sitcom "Dinosaurs." Hemsley also appeared in a number of films, including "Ghost Fever," "Mr. Nanny," and "Screwed." Hemsley died at the age of 74 at his home in El Paso, Texas, on July 24, 2012.

Sherman Hemsley filed for bankruptcy in 1999. At the time he was unable to pay a $1 million loan and a roughly $15,500 tax bill owed to the IRS. He reportedly spent a large portion of his peak net worth producing the 1987 movie "Ghost Fever" which bombed at the box office. As a result of financial problems, Sherman sold the rights to his residuals to two individuals. He was eventually able to raise enough money to clear his debts and withdraw the bankruptcy filing. 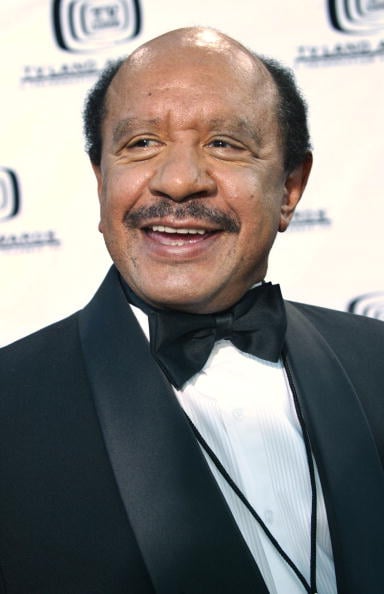 Sherman Hemsley was born on February 1, 1938 in South Philadelphia, Pennsylvania to a single mother who worked in a lamp factory. He didn't meet his father until he was 14 years of age. Hemsley was educated at Central High School and Bok Technical High School before he dropped out after the tenth grade to join the US Air Force. He served in the Air Force for four years.

After leaving the Air Force, Hemsley returned to Philadelphia and got a job working for the US Postal Service. During the night, he attended the Academy of Dramatic Arts to study to become an actor. Hemsley performed with local theater groups before moving to New York City to join the Negro Ensemble Company. He subsequently joined the Urban Arts Company and appeared in such productions as "But Never Jam Today," "The Lottery," and "Step Lively Boys." Hemsley went on to make his Broadway debut in the musical "Purlie." Among his other credits was the musical "Don't Bother Me, I Can't Cope," in which he performed in Toronto and San Francisco.

All in the Family and The Jeffersons

In 1971, Norman Lear contacted Hemsley about playing the recurring role of George Jefferson on Lear's new sitcom, "All in the Family." Reluctant to leave Broadway, Hemsley ended up joining the cast two years later. As George Jefferson, he was the irascible black counterpart to Carroll O'Connor's Archie Bunker. Hemsley appeared on "All in the Family" until 1975, at which time his character and family became the stars of the spinoff sitcom "The Jeffersons." The show saw George, his wife Louise, and their son Lionel move from their working-class Queens neighborhood to a high-rise Manhattan apartment. A huge hit, "The Jeffersons" ran for 11 seasons through 1985, becoming one of the longest-running sitcoms in television history. Hemsley earned both Emmy and Golden Globe Award nominations for his work on the show.

During the run of "The Jeffersons," Hemsley made guest appearances on such shows as "The Love Boat," "The Incredible Hulk," and "Fantasy Island." He landed his next main role in 1986, playing widowed Philadelphia deacon Ernest Frye on the NBC sitcom "Amen." Joining Hemsley in the predominantly black cast were Clifton Davis, Anna Maria Horsford, Roz Ryan, and Jester Hairston. "Amen" ran for five seasons through 1991. Hemsley was subsequently cast on the ABC puppet sitcom "Dinosaurs" as the voice of Triceratops Bradley P. Richfield, the boss of the main character, Earl Sinclair. The show lasted for four seasons through 1994.

From 1992 to 1996, Hemsley was a special guest star on "The Fresh Prince of Bel-Air," mostly playing the role of Judge Carl Robertson. During that time, he also made appearances in episodes of "Designing Women," "Burke's Law," "Lois & Clark: The New Adventures of Superman," and "Sister, Sister." Hemsley next played the main role of con artist Willie Goode on the UPN sitcom "Goode Behavior," which was canceled in 1997 after a single season. Closing out the decade, he began a recurring role on the ABC sitcom "The Hughleys." Hemsley made fewer appearances on television in the 21st century. His credits include the Disney Channel Original Movie "Up, Up and Away" and the series "Clunkers." He was also part of the cast of the sixth season of the VH1 reality series "The Surreal Life."

Although primarily known for his television roles, Hemsley appeared in a number of films during his career. He made his big-screen debut in the 1979 horror comedy "Love at First Bite," playing the character Reverend Mike. Hemsley didn't appear in a theatrical film again until 1986, when he played Mr. Buttersworth in "Stewardess School." The following year, he starred in "Ghost Fever" as Buford Washington, his first lead role. In the early 90s, Hemsley appeared in "Club Fed" and starred opposite Hulk Hogan in "Mr. Nanny." His credits later in the decade include "Home of Angels," "Sprung," "Casper: A Spirited Beginning," and "Senseless." Starting the new millennium, Hemsley was part of the ensemble cast of "Screwed." In his final film role, he played a pastor in the direct-to-DVD sex comedy sequel "American Pie Presents: The Book of Love," released in 2009.

In contrast to the characters he often played, Hemsley was very introverted and rarely disclosed anything about his private life. He never married and had no children.

Hemsley passed away from cancer at his home in El Paso, Texas in July of 2012. He was 74 years of age. The sole beneficiary of his will was Flora Enchinton, a longtime friend and business partner.