Sherilyn Fenn Net Worth: Sherilyn Fenn is an American actress who has a net worth of $500 thousand dollars. Sherilyn Fenn was born in Detroit, Michigan in February 1965. She studied at the Lee Strasberg Theatre Institute. Her debut roles came in the 1984 film The Wild Life and the short Silence of the Heart. One of her best known roles came starring as Audrey Horne in the TV series Twin Peaks from 1990 to 1991. From 1998 to 2001 Fenn starred as Billie Frank in the series Rude Awakening. She had a recurring role as Anna Nardini in the TV series Gilmore Girls from 2003 to 2007. In 2013 she starred as Madame Renee in the series Magic City and from 2002 to 2014 as Elena Hyland in Project: Phoenix. In 2014 Sherilyn starred as Donna Cochran in the television series Ray Donovan. She has also starred in the films Just One of the Guys, Out of Control, Thrashin', The Wraith, Zombie High, Two Moon Junction, Crime Zone, True Blood, Wild at Heart, Backseat Dreams, Desire and Hell at Sunset Motel, Diary of a Hitman, Ruby, Of Mice and Men, Boxing Helena, Three of Hearts, Fatal Instinct, Just Write, Lovelife, The Shadow Men, Darkness Falls, Cement, Swindle, The United States of Leland, Dream Warrior, Cavedweller, Whitepaddy, Novel Romance, Treasure Raiders, Fist of the Warrior, The Scenesters, Raze, and The Brittany Murphy Story. For her role in Twin Peaks Fenn was nominated for a Golden Globe and Primetime Emmy Award. 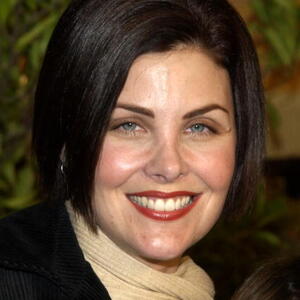