Shenae Grimes net worth and salary: Shenae Grimes is a Canadian actress who has a net worth of $4 million dollars. Shenae Grimes was born October 24, 1989 in Toronto, Canada. She is probably most widely known for her role as Annie Wilson on the television series 90210 (a spin-off of the 1990s series Beverly Hills 90210). Her acting career began with a recurring role, which turned into a lead role, on Degrassi: The Next Generation (2006), in which she played the role of Darcy Edwards. She left the series (and Canada) in 2008 after she was cast in the 90210 series. In 2009, Grimes was named one of the world's most beautiful people (without makeup) by People magazine. Grimes had the misfortune of being in Japan at the time of the 2011 tsunami and earthquakes. Though she wasn't injured, the experience spurred her to start a campaign called Spread the Heart', which was aimed at supporting the relief efforts in Japan after the disaster. One of her vocational dreams was to work as an editor for a fashion magazine, so Grimes took a six-week internship at Teen Vogue in New York City in 2011. Shenae Grimes is a self-proclaimed atheist. She married British model and musician Josh Beech on May 10, 2013. 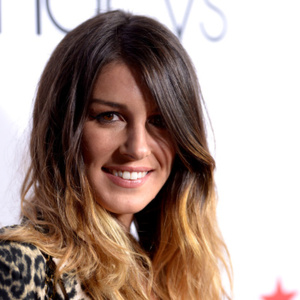