in 1943. Winters also starred in the films Sailor's Holiday, Knickerbocker Holiday, A Double Life, Larceny, Cry of the City, Take One False Step, The Great Gatsby, Johnny Stool Pigeon, Winchester '73, Frenchie, He Ran All the Way, A Place in the Sun, Behave Yourself!, The Raging Tide, Meet Danny Wilson, Phone Call from a Stranger, Untamed Frontier, My Man and I, Tennessee Champ, Saskatchewan, Executive Suite, Playgirl, Mambo, To Dorothy a Son, I Am a Camera, The Night of the Hunter, The Big Knife, The Treasure of Pancho Villa, I Died a Thousand Times, The Diary of Anne Frank, Odds Against Tomorrow, The Young Savages, Lolita, The Chapman Report, The Balcony, Wives and Lovers, A House is Not a Home, Time of Indifference, The Greatest Story Ever Told, A Patch of Blue, The Three Sisters, Harper, Alfie, Enter Laughing, The Scalphunters, Wild in the Streets, Buena Sera, Mrs. Campbell, What's the Matter with Helen?, Revenge, The Poseidon Adventure, Next Stop, Greenwich Village, An Average Little Man, and many more. Winters won Academy Awards for Best Actress in a Supporting Role in 1960 and 1966. In 1960 she was awarded a Star on the Hollywood Walk of Fame at 1752 Vine Street. Shelley Winters passed away on January 14, 2006 at 85 years of age from heart failure. 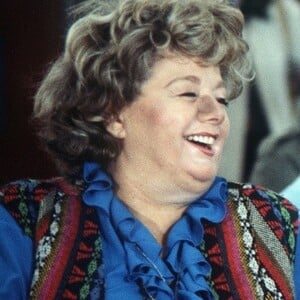