Shelley Malil net worth: Shelley Malil is an Indian-American actor who has a net worth of $10 thousand. Shelley Malil was born in Kerala, India, and grew up in Texas. He began acting in high school, and began winning performance awards almost immediately. He went on to attend the American Academy of Dramatic Arts in New York, and then moved to Hollywood to focus on an acting career full-time.

He began his professional career with guest starring roles on various television shows, including "The Adventures of Brisco County, Jr.", "Tracy Takes On", "Seinfeld", and "Mike Hammer, Private Eye". He then branched out into film work, appearing in such projects as "Dead Man on Campus", "My Favorite Martian", and "Columbus Day". He is most widely recognized for his supporting role in "The 40-Year Old Virgin". He was sentenced to life in prison in 2008, after stabbing his ex-girlfriend 23 times. 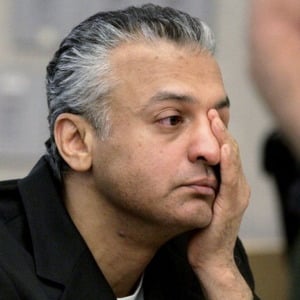