What is Shelley Long's Net Worth?

Shelley Long is an American actress who has a net worth of $5 million. Shelley Long is best known for her Emmy Award-winning role as Diane Chambers on the long-running NBC sitcom "Cheers." Later on, she reprised her role in three episodes of the spinoff series "Frasier," and played the recurring role of DeDe Pritchett on the ABC sitcom "Modern Family." On the big screen, Long has appeared in films such as "Night Shift," "The Money Pit," "The Brady Bunch Movie," and "Dr. T & the Women."

Shelley Long was born on August 23, 1949 in Fort Wayne, Indiana, the daughter of school teachers Ivadine and Leland. As a teen, she went to South Side High School, where she was active on the speech team. In 1967, she won the National Forensic League's National Championship in Original Oratory. Following her graduation, Long went to Northwestern University in Evanston, Illinois to study drama. However, she eventually dropped out to pursue a career in modeling and acting.

In Chicago in the 70s, Long joined the Second City comedy troupe. She also produced, wrote, and co-hosted the local Chicago television program "Sorting it Out," and appeared in numerous print advertisements and television commercials. Long went on to appear in episodes of a number of television shows throughout the late 70s and early 80s, including "The Love Boat," "Family," "Trapper John, M.D.," and "M*A*S*H." She was also in the television films "The Cracker Factory," "The Promise of Love," and "The Princess and the Cabbie."

Long had her breakthrough role in 1982, starring as Boston graduate student Diane Chambers on the NBC sitcom "Cheers." On the show, her character had a turbulent, on-and-off romance with Ted Danson's character, Sam Malone. Although "Cheers" didn't catch on with audiences immediately, it soon became one of the most popular shows on the air, and racked up multiple Emmy and Golden Globe Awards. During her five-year run on the series, Long received five Emmy nominations, winning once in 1983. She also won two Golden Globes for her performance. Long left "Cheers" in 1987, at which time the writers wrote her character out of the show. She was replaced in the following seasons by Kirstie Alley, who played businesswoman Rebecca Howe. Long returned to make a special guest appearance as Diane in the 1993 series finale.

In later years she admitted there were several factors that led to her decision to leave the show, including the desire to spend more time with her daughter and wanting to work on new, fresh material. 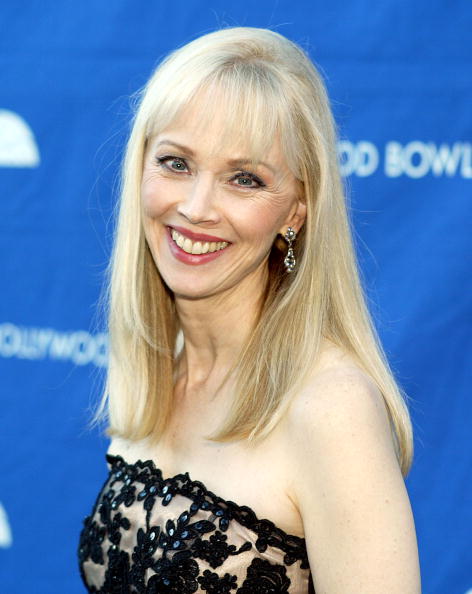 Following "Cheers," Long starred in the 1990 miniseries "Voices Within: The Lives of Truddi Chase." She received praise for her performance as Truddi Chase, a real-life woman who struggled with dissociative identity disorder. Long was in another fact-based program in 1992 called "Fatal Memories," about a woman named Eileen Franklin who tries to get her father convicted for raping her and killing her friend as a child. From 1993 to 1994, Long starred alongside Treat Williams on the sitcom "Good Advice."

In 1994 and 1996, she reprised her role as Diane Chambers on the "Cheers" spinoff "Frasier"; for her guest appearance in the 1996 episode, she earned an Emmy Award nomination. Long's subsequent credits in the 90s included episodes of the shows "Murphy Brown," "Boston Common," "Sabrina the Teenage Witch," "Kelly Kelly," and "Diagnosis: Murder." She was also in the television films "Welcome to Paradise," the remake of "Freaky Friday," "Susie Q," and "Vanished Without a Trace."

Long's credits in the 2000s include episodes of "8 Simple Rules," "Strong Medicine," "Joan of Arcadia," "Boston Legal," "Yes, Dear," and "Complete Savages." Meanwhile, her television film credits include "Falling in Love with the Girl Next Door," "Honeymoon with Mom," and "Ice Dreams." Starting in 2009, Long played the recurring role of DeDe Pritchett, Jay's ex-wife, on the hit ABC sitcom "Modern Family"; she continued this role through 2018. Among her other credits are "Retired at 35," "A.N.T. Farm," "Switched at Birth," and "Instant Mom," as well as the Christmas television movies "Holiday Engagement," "The Dog Who Saved the Hollidays," and "Christmas in the Heartland."

In 1980, Long made her feature film debut in the drama "A Small Circle of Friends." She went on to appear in a series of comedy films throughout the rest of the decade, including "Caveman," "Night Shift," "Losin' It," "Irreconcilable Differences," "The Money Pit," "Outrageous Fortune," "Hello Again," and "Troop Beverly Hills." For her performance in "Irreconcilable Differences," Long received a Golden Globe nomination for Best Actress – Motion Picture Comedy or Musical in 1984.

She continued to star in comedies in the 90s, including "Don't Tell Her It's Me," with Steve Guttenberg and Jami Gertz; "Frozen Assets," costarring Corbin Bernsen; and "The Brady Bunch Movie" and "A Very Brady Sequel," which parody the popular television show.

Long began the 2000s with a role in Robert Altman's ensemble comedy "Dr. T & the Women," costarring Richard Gere, Helen Hunt, Farrah Fawcett, Laura Dern, and Kate Hudson, among others. Her other credits over the decade include "Trust Me," "Pizza Man," "Zombie Hamlet," "Best Man Down," "A Matter of Time," and "Different Flowers," the lattermost of which she also produced.

In the 70s, Long married her first husband, Ken Solomon; they divorced after a few years. She subsequently met securities broker Bruce Tyson, whom she wed in 1981. The pair had a daughter named Juliana, and later divorced in 2004.