Shelley Hennig net worth: Shelley Hennig is an American actress and beauty pageant title holder who has a net worth of $1 million. Shelley Hennig was born in Metairie, Louisiana in January 1987. In 2004 she won the title of Miss Louisiana Teen USA before she went on to become Miss Teen USA 2004.

Hennig competed in MTV's The Reality Show and co-hosted the Miss Teen USA 2008 pageant. From 2007 to 2011 she starred as Stephanie Johnson in the soap opera Days of Our Lives. Hennig starred as Diana Meade in the TV series The Secret Circle from 2011 to 2012. Since 2014 she has starred as Malia Tate in the television series Teen Wolf. Hennig starred in the movies Unfriended and Ouija in 2014. She has also appeared in episodes of the TV series Friend Me, Justified, Zach Stone Is Gonna Be Famous, Blue Bloods, and Friends with Better Lives. Hennig also starred in the music video "Gentle on My Mind" by The Band Perry. She was nominated for Daytime Emmy Awards in 2010 and 2012 for Outstanding Younger Actress in a Drama Series for Days of Our Lives. 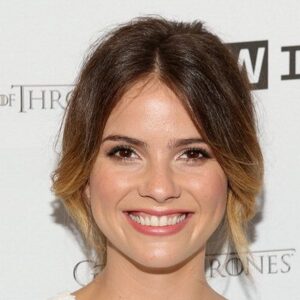