What is Shelley Duvall's Net Worth?

Shelley Duvall is an American actress who has a net worth of $500 thousand. Duvall is probably best-known appearing as Olive Oyl in the 1980 film adaptation of "Popeye" and as Wendy Torrence in Stanley Kubrick's "The Shining."

Shelley Duvall's portrayal of distinct and eccentric characters has earned her nominations and awards at the Cannes Film Festival, British Academy Awards, and Primetime Emmy Awards.

Duvall was born on July 7, 1949 in Fort Worth, Texas to parents Bobbie Ruth Crawford and Robert Duvall. Her father worked as a cattle auctioneer and then became a lawyer while her mother was a real estate broker. She grew up with her three younger brothers – Scott, Shane, and Stewart. The family moved often in Duvall's early years due to her father's work but then settled in Houston when she was five years old. Duvall was interested in art and science and was described as being a very energetic child.

Shelley was a straight-A student in high school. After she graduated from Waltrip High School in 1967, she enrolled at South Texas Junior College to study nutrition and diet therapy. She also began to sell cosmetics at the department store, Foley's.

In 1970 Shelly married an artist named Bernard Sampson. That same year, she and Bernard hosted a party that was attended by iconic director Robert Altmanbwho was on-location in Texas shooting the film "Brewster McCloud." Several of the crew members from the film were also there and many were taken by Duvall's unique appearance and upbeat personality. They asked her if she would like to take part in the film. Though she had never acted before, she accepted the offer and flew to Hollywood on her first trip leaving the state of Texas. She appeared in the film as the main character's love interest.

Altman then chose Duvall to appear in "McCabe & Mrs. Miller" in 1971 and then in "Thieves Like Us" in 1974. She also appeared as one of the ensemble character in Altman's ensemble comedy, "Nashville," in 1975. The next year, she appeared in "Buffalo Bill and the Indians, or Sitting Bull's History Lesson" followed by "Bernice Bobs Her Hair." All of these films were directed by Altman. Due to her success, she was also invited to host "Saturday Night Live" and appeared in five sketches.

While Duvall had been making a name for herself in Hollywood, her true breakthrough role wasn't until 1977 when she appeared in the starring role in Robert Altman's thriller film, "3 Women." Duvall improvised many of her lines and her performance received very positive critical reviews and won her the award for Best Actress at the 1977 Cannes Film Festival. She also received a BAFTA nomination and the LAFCA Award for Best Actress.

The following year, had a small role in Woody Allen's "Annie Hall." In 1980, she appeared as Wendy Torrance in "The Shining" opposite of Jack Nicholson and directed by Stanley Kubrick. While the film has since become a cult classic and Duvall's performance in it has received praise, initially she did not get such good reviews. Nicholson also has revealed in Kubrick's documentary that the shooting process was exhausting and Kubrick often antagonized the actors in order to contribute to the films psychological tension. In particular, he would often isolate Duvall and then put her through exhausting shoots, reshooting the same scene over 100 times. 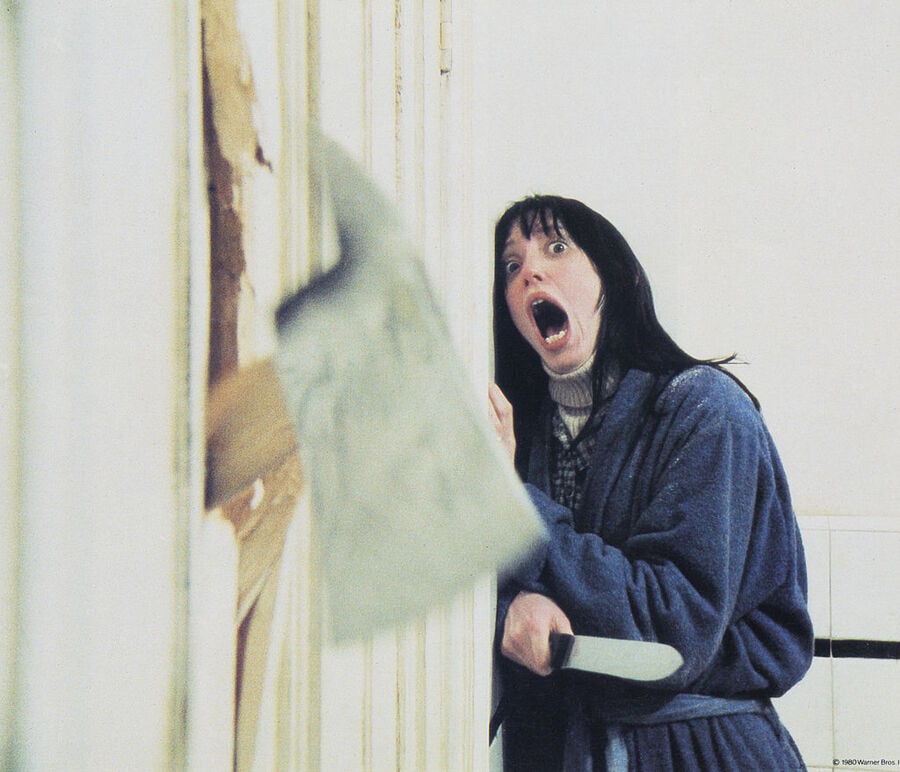 While shooting "The Shining," Altman cast Duvall as the character of Olive Oyl in his adaptation of "Popeye" opposite Robin Williams. The film was both critically and commercially successful and Duvall in particular received high praise for her portrayal. She then appeared in "Time Bandits" in 1981 and began hosting, narrating, and producing "Faerie Tale Theatre" in 1982. Duvall produced 27 episodes of the show and also appeared in seven. She followed up the show's success by creating "Tall Tales & Legends" in 1985, which was an anthology series of adaptation of American folk tales. The series ran for nine episodes and Duvall received an Emmy nomination for her work.

From 1982 to 1987 she produced every aspect of the popular, "Fairie Tale Theatre" series. She produced several other series for children and teens.

She created and produced "Nightmare Classics" in 1989, another anthology series focused on horror stories. In 1992, her company joined the newly formed Universal Family Entertainment. She then created another original series, "Shelley Duvall's Bedtime Stories," which ultimately earned her a second Emmy nomination. She then created a fifth series, "Mrs. Piggle Wiggle," and then sold her company and retired from working as a producer.

Throughout the 1990s and into the early 2000s, Duvall continue appearing in film and television, primarily in guest and supporting roles. She appeared in "The Portrait of a Lady," "Alone," "Home Fries," "Tale of the Mummy," "The 4th Floor," and "Manna from Heaven." She then retired in 2002 and has since remained largely out of the public eye. 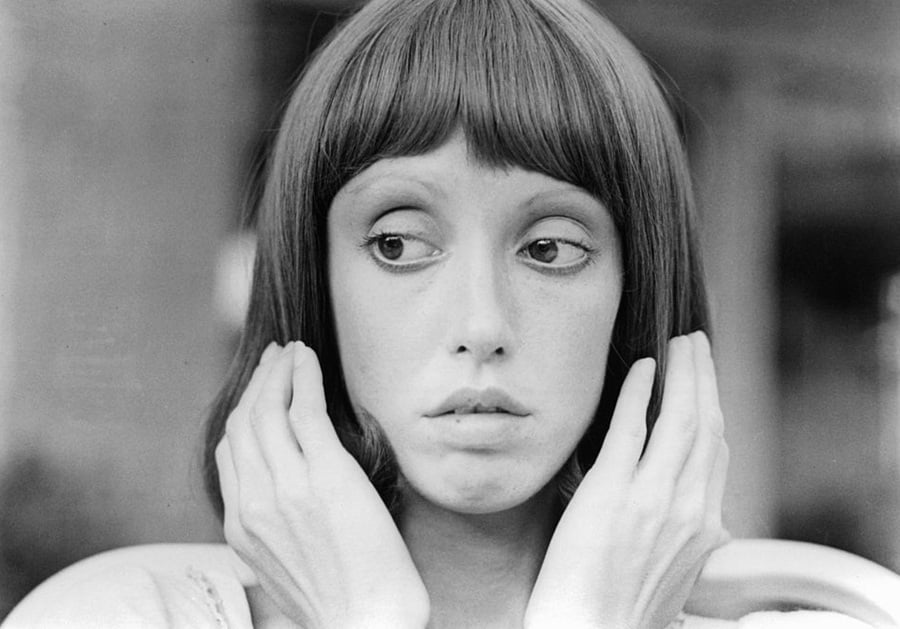 Shelley was married to Bernard Sampson from 1970 to 1974. She dated musician Paul Simon from 1976 to 1979. He broke up with her at the airport as he dropped her off before she flew to London to film "The Shining." Simon went on to date actress Carrie Fisher, who was introduced to Simon through Duvall.

In 1989 she began living with Dan Gilroy. They had a 3-acre hillside property in Studio City, California where they kept 36 birds, two cats and eight dogs.

It has long been reported that Shelley left Gilroy, their home and animals following the 1994 Northridge earthquake. In a 2021 interview with the Hollywood Reporter, Shelley seemed to confirm that the Northridge was at least partially the reason she suddenly moved to Texas, without ever looking back. In the interview Shelley also explained that soon after the earthquake she was having financial issues, and after filming a small part in a Steven Soderbergh movie called "The Underneath" she decided to visit her mom in Houston and essentially did not not return to LA for two decades.

Duvall sold her Los Angeles home to move to Blanco, Texas where she now lives.