He had more than 100 acting credits to his name starting in 1934. In 1954 Leonard starred as Sam Marco on the television series The Duke. He also starred in other TV series including Make Room for Daddy, The Jack Benny Program, Big Eddie, and more. Leonard also starred in several films including The People's Enemy, Private Nurse, Rise and Shine, Tortilla Flat, Captain Kidd, It's a Wonderful Life, Sinbad the Sailor, Abbott and Costello Meet the Invisible Man, Guys and Dolls, and more. He directed and/or produced The Danny Thomas Show, The Andy Griffith Show, The Dick Van Dyke Show, Gomer Pyle, USMC, I Spy, and more. He won three Primetime Emmy Awards. Sheldon Leonard passed away on January 11, 1997 at 89 years old. 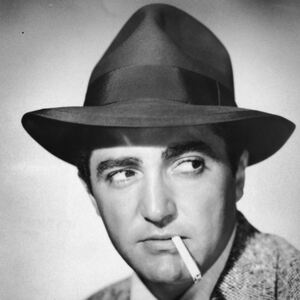