Shayne Lamas net worth and salary: Shayne Lamas is an American actress and reality television star who has a net worth of $3 million. Shayne Dahl Lamas was born in Santa Monica, California in November 1985. She is the daughter of actor Lorenzo Lamas and her grandparents were also actors. Shayne was a contestant on and won ABC's The Bachelor season 12 in 2008. The Bachelor Matt Grant proposed to Lamas on the season finale. She was part of the E! reality series Leave it to Lamas in 2009. Her first acting credit came in 1999's Air America as she played a flight attendant. From 2003 to 2005 Lamas appeared in episodes of General Hospital. She has also appeared in The 13th Alley, Deep in the Valley, and In The Pines. Her engagement with Grant was called off in July 2008. She married Nik Richie, who is the founder of the website TheDirty.com in 2011. The couple had a daughter Press Dahl Lamas-Richie in November 2011. While pregnant with her second child she suffered a miscarriage in 2014. The couple plans on having more children in the future. Lamas was arrested for DUI in 2009 and was sentenced to three year of probation. 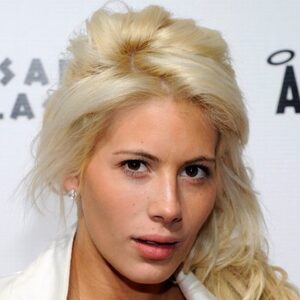