Shay Mitchell net worth and salary: Shay Mitchell is a Canadian actress who has a net worth of $6 million dollars. Shay Mitchell was born in Mississauga, Ontario, Canada and began taking dance lessons when she was in kindergarten. She danced competitively throughout her school years, and after her family relocated to Vancouver, British Columbia, she began her modeling career.

Throughout her late teens, she traveled around the world modeling, and then shifted her focus to acting. She began her professional acting career in 2009, with a guest starring role on "Degrassi: The Next Generation". From there, she went on to guest starring roles on "Aaron Stone" and "Rookie Blue". She has appeared on "Punk'd" and "Glee". She is most widely recognized for her work as Emily Fields on the hit show, "Pretty Little Liars" which ran 160 episodes over 7 seasons between 2010 and 2017. In addition to her acting work, she is also the spokesperson for the Pantene Nature Fusion line. 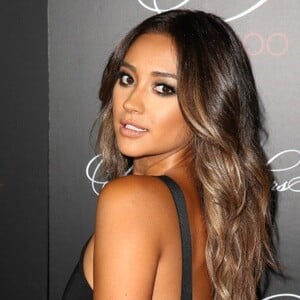