Shawna Waldron net worth: Shawna Waldron is an American actress who has a net worth of $1 million. Shawna Waldron was born in Glendale, California in January 1982. She got her start in commercial roles. Waldron's debut role came in 1994 in the movie Little Giants when she starred as Becky O'Shea.

She starred as Anne Harrison in the television series Family Rules in 1999. Waldron starred as Bonnie Stiles in the TV series Ladies Man from 1999 to 2000. She also starred in the movies The American President in 1995, The Yellow Sign in 2001, 3 Days in L.A. in 2009, Cyrus in 2010, Lizzie and NightLights in 2012, and Stitch in 2014. In 2013 Waldron won two Action on Film International Film Festival Awards for the TV movie Police Guys. She was also nominated for a Young Artist Award for Ladies Man in 2000. 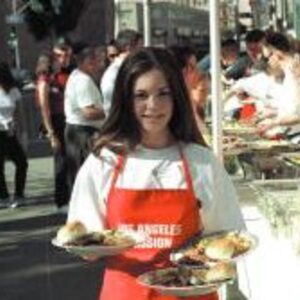