Shawn Weatherly Net Worth: Shawn Weatherly is an American actress and beauty pageant title holder who has a net worth of $1 million. Shawn Weatherly was born in Sumter, South Carolina in July 1959. Weatherly won the title of Miss South Carolina USA 1980. From there she competed in and won Miss USA 1980 and went on to compete in and win the title of Miss Universe 1990. She was the fifth Miss Universe from the United States and the second from South Carolina. Weatherly first appeared on television in 1983 and appeared in episodes of The Dukes of Hazzard, The A-Team, Happy Days, and Lottery!, and had a recurring role in the series T.J. Hooker. In 1984 Shawn had a recurring role as Melissa McDonald in the series Shaping Up. Her film debut also came in 1984 in the movie Cannonball Run II. From 1987 to 1988 she starred as Jill Starbuck in the TV series J.J. Starbuck. One of her best known roles came starring as Jill Riley in the TV series Baywatch from 1989 to 1990. Weatherly also starred in the movies Police Academy 3: Back in Training, Party Line, Mind Games, Shadowzone, Thieves of Fortune, Five Aces, Rustin, 108 Stitches, and Love in the Time of Monsters. She also appeared in episodes of the TV series The New Leave It to Beaver, Matlock, thirtysomething, Murder, She Wrote, Chicago Hope, and Cold Case. Weatherly was nominated for a Primetime Emmy Award in 1986. 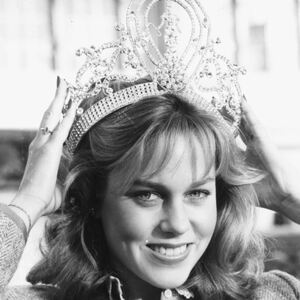