Shawn Hatosy net worth and salary: Shawn Hatosy is an American actor who has a net worth of $5 million. He is known for starring ins television series such as "Animal Kingdom" and "Southland", as well as films like "Alpha Dog" and "Outside Providence".

Shawn Hatosy was born in Frederick, Maryland in December 1975. One of his best known roles came starring as Sammy Bryant in the television series Southland from 2009 to 2013. Hatosy also starred as Terry McCandless in the TV series Reckless in 2014. He has starred in the movies Home for the Holidays, All Over Me, Inventing the Abbotts, In & Out, The Postman, The Faculty, Outside Providence, Simpatico, Anywhere but Here, Down to You, Tangled, John Q, A Guy Thing, The Cooler, Alpha Dog, The Lazarus Project, Public Enemies, and The Bad Lieutenant: Port of Call New Orleans. Hatosy has also appeared in the TV series Homicide: Life on the Street, Law & Order, Felicity, Six Feet Under, The Twilight Zone, CSI: Crime Scene Investigation, ER, Numb3rs, My Name is Earl, Law & Order: Criminal Intent, Dexter, CSI: Miami, Law & Order: :LA, Hawaii Five-0, Criminal Minds, Law & Order: Special Victims Unit, Body of Proof, and Fear the Walking Dead.

Personal Life and Real Estate: Shawn has been married to actress Kelly Albanese since 2010. They have three sons. In June 2020 they paid $2.3 million for a home in LA's Larchmont Village neighborhood. 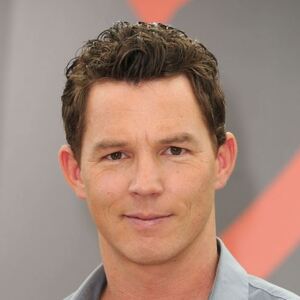