Shavar Ross net worth: Shavar Ross is an American actor, director, screenwriter, producer, editor, photographer, author, and entrepreneur who has a net worth of $500 thousand. Shavar Ross was born in South Bronx, New York in March 1971. He was best known for starring as Dudley on the television series Diff'rent Strokes from 1980 to 1986.

Ross was also known for starring as Weasel on the TV series Family Matters from 1992 to 1994 and for starring as Reggie in the movie Friday the 13th: A New Beginning in 1985. He provided the voice of Buckwheat on the series The Little Rascals in 1982. Ross also provided voices for the television series Punky Brewster in 1985 and from 1986 to 1988 he had a recurring role on the TV series Magnum, P.I. He later wrote, directed, edited, and executive produced the shorts Soul to Take and A Taste of Us as well as the video Lord Help Us. Ross was nominated for Young Artist Awards for Diff'rent Strokes in 1983 and 1984. 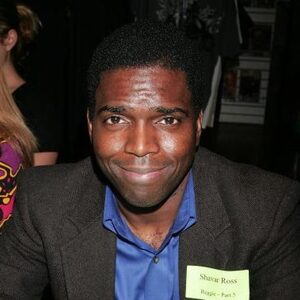