Shaun Williamson net worth: Shaun Williamson is an English actor and singer who has a net worth of $500 thousand. Shaun Williamson was born in Maidstone, Kent, England in November 1965. He studied at the Webber Douglas Academy of Dramatic Art and has one of his best known roles starring as Barry in the television series EastEnders from 1994 to 2004 and in the TV series Extras from 2005 to 2007.

Williamson starred as Digby Digworth in the series Scoop from 2009 to 2011. He has starred in the movies Stella Does Tricks, Daylight Robbery, The Invention of Lying, Uncut, The Blazing Cannons, and This Is Jayde: The One Hit Wonder. He has acted on stage in the West End and toured the UK. Williamson was nominated for British Soap Awards for Best Comedy Performance for EastEnders in 2000 and 2001. In several more recent interviews, Shaun has reportedly stated that he is not financially well-off and actually is forced to take jobs to cover his essential bills. 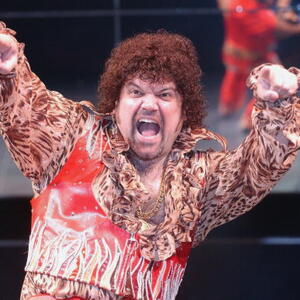