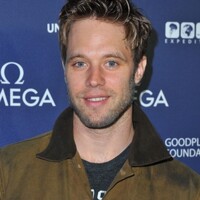 Shaun Sipos Net Worth: Shaun Sipos is a Canadian actor who has a net worth of $2 million. Shaun Sipos was born in Victoria, British Columbia, Canada in October 1981. In 2001 he starred as Nick Gibson in the television series Maybe It's Me. Shaun made his film debut starring in the 2003 movie Final Destination 2 as Frankie. From 2004 to 2005 he starred as Jack Savage in the TV series Complete Savages. In 2007 Sipos starred as Trevor Boyd in the series Shark. From 2009 to 2010 he starred as David Breck in the series Melrose Place. Shaun starred as Eric Daniels in the TV series Life Unexpected from 2010 to 2011. Since 2013 he has starred as Aaron Whitmore in the series The Vampire Diaries. Sipos has also starred in the movies Superbabies: Baby Geniuses 2, Comeback Season, The Grudge 2, Stoic, Lost Dream, Rampage, Happy in the Valley, Hick, Enter Nowhere, Texas Chainsaw 3D, Heart of the Century, and The Remaining. He has also appeared in episodes of the TV series Smallville, Black Sash, CSI: Miami, ER, Southland, and CSI: Crime Scene Investigation. Sipos won an Angel Film Award for Happy in the Valley at the Monaco International Film Festival in 2009.