Sharon Stone net worth: Sharon Stone is an American actress, producer, and former model who has a net worth of $60 million. She is the recipient of a Primetime Emmy Award and a Golden Globe Award, as well as having received nominations for an Academy Award and two Screen Actors Guild Awards.

Early Life: Sharon Vonne Stone was born on March 10, 1958, in Meadville, Pennsylvania.  Stone was considered academically gifted as a child and entered the second grade when she was five years old. She graduated from high school in 1975. While attending the Edinboro University of Pennsylvania, Stone won the title of Miss Crawford County, Pennsylvania, and was a candidate for Miss Pennsylvania. One of the pageant judges told her to quit school and move to New York City to become a fashion model.

In 1977, Stone left Pennsylvania and moved to New Jersey to live with an aunt. She signed with the Ford Modeling Agency in New York four days later and went on to appear in a number of television commercials for fast food restaurants and cosmetics companies. In the 1980s Stone decided she wanted to give up modeling to pursue acting and landed a small role in Woody Allen's film "Stardust Memories." Her next, larger role was in 1984 in the film "Irreconcilable Differences'" Throughout the remainder of the 80s, she appeared in "Action Jackson," "King Solomon's Mines," "Allan Quartermain and the Lost City of Gold," "Above the Law," and "War and Remembrance." In 1990, Sharon Stone's career took a jump when she appeared in "Total Recall "with Arnold Schwarzenegger.

In 1992 she starred alongside Michael Douglas in the career-defining film "Basic Instinct." Following the film, Stone was named one of People's 50 most beautiful people. In 1995 she won her first Golden Globe award for Best Actress in a Dramatic Motion Picture for her role in "Casino." Her next two projects in 2004 and 2006, "Catwoman" and "Basic Instinct 2: Risk Addiction," did very poorly at the box office.

In 2000, Stone starred opposite Ellen DeGeneres in the HBO television film "If These Walls Could Talk 2," portraying a lesbian trying to start a family.  In 2003; she appeared in three episodes of the television legal drama "The Practice." Stone won the Primetime Emmy Award for Outstanding Guest Actress in a Drama Series for her work on "The Practice."

Stone appeared in 2006's "Alpha Dog" The film premiered at the 2006 Sundance Film Festival and was an arthouse success.  She was part of the ensemble cast 2006's "Bobby" In April 2010, Stone made guest appearances in four episodes of" Law & Order: Special Victims Unit," portraying Jo Marlowe, a former cop turned prosecutor. 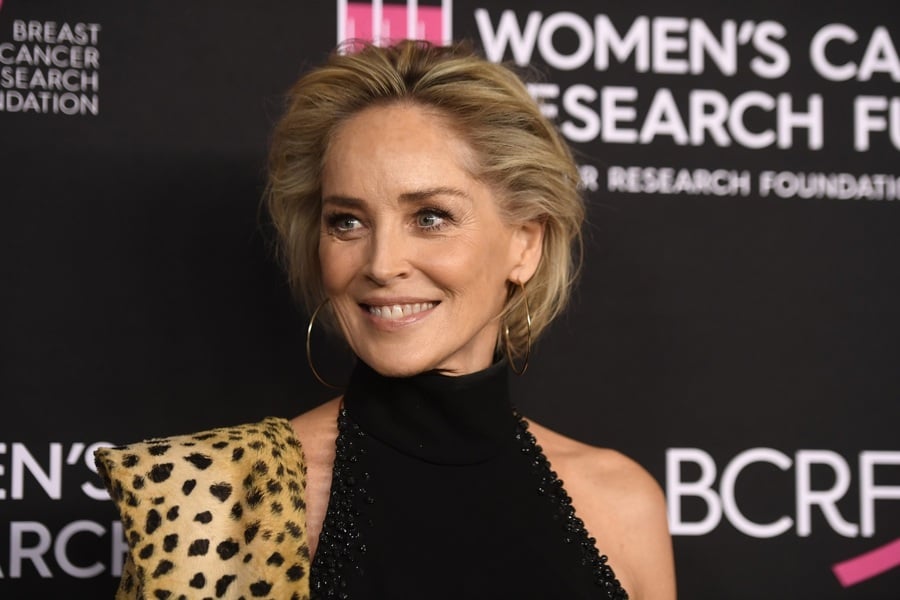 Personal Life: In 1984, Stone met television producer Michael Greenburg on the set of "The Vegas Strip War," a TV movie he produced and Stone starred in. They married that same year. Greenberg also produced the 1986 movie, "Allan Quatermain and the Lost City of Gold," which Stone appeared in. They separated in 1989 and divorced in 1990.

In 1993, while filming "Sliver" with Billy Baldwin, Stone met William MacDonald. He was producing the film. He left his wife for Stone and proposed to her. They broke it off in 1994 and she returned the engagement ring via FedEx.

In 1994, she got engaged to Bob Wagner, the first assistant director on the 1994 film "The Quick and the Dead." Stone and Wagner got engaged.

Sharon Stone sadly suffered a stroke in 2001 when she was 43. She had to completely learn to speak again after the stroke.

In 2005, Stone adopted a son Laird Vonne Stone. In 2006, she adopted another son, her third, Quinn Kelly Stone.

Sharon Stone, inspired by the former first lady and Secretary of State Hillary Clinton, went back to the Edinboro University of Pennsylvania in 2016 to complete her degree.

Real Estate: As of 2018, Stone resides with her three sons in West Hollywood, California, in a home once owned by the actor Montgomery Clift. Sharon bought the property following her breakout role in "Basic Instinct," as she needed somewhere more secure than her previous home due to her sudden fame. She bought the 10,537 square foot home for $3.2 million in 1995.

She formerly lived in a mansion in  Beverly Hills.  The main house measured 6,500 square feet and had four bedrooms, a massive living room with floor-to-ceiling windows, an eat-in kitchen, a suite for live-in staff, and a library with a fireplace. The guest house contains two more bedrooms, a private gym, and a media room. There are eight and a half bathrooms spread out between the two buildings.  Sharon Stone's house also features a large swimming pool in the backyard, a spa, a tennis court, and a covered parking area that can accommodate up to 14 vehicles.  She took an almost $4.5 million loss when it sold for $6.575 million. 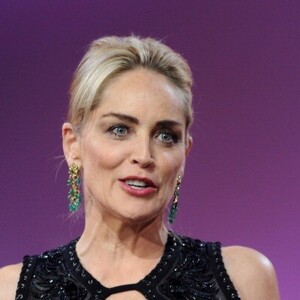