How much is Sharon Lawrence Worth?

Sharon Lawrence net worth: Sharon Lawrence is an American actress, singer, and dancer who has a net worth of $6 million. Sharon Lawrence was born in Charlotte, North Carolina in June 1961. She has more than 90 acting credits to her name and starred as Gwen Leonard on the television series Fired Up from 1997 to 1998. One of her best known roles came starring as A.D.A. Sylvia Costas on the TV series NYPD Blue from 1993 to 1999. Lawrence starred as Donna Stiles on the series Ladies Man from 1999 to 2001. In 2009 she starred in the television series The Line as Jayne. She has also had recurring roles on several TV series including Wolf Lake, Desperate Housewives, Hidden Palms, Monk, Privileged, One Tree Hill, Drop Dead Diva, Game of Silence, Rizzoli & Isles, The Last Tycoon, Queen Sugar, Me, Myself and I, The Ranch, and Shameless. In 1995 she won a Screen Actors Guild Award for NYPD Blue and she has been nominated for three Primetime Emmy Awards for NYPD Blue and another for Grey's Anatomy. 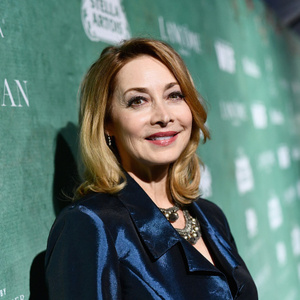