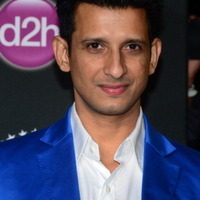 Sharman Joshi Net Worth: Sharman Joshi is an Indian actor who has a net worth of $15 million. Sharman Joshi was born in Mumbai, India in March 1979. Joshi has worked in stage productions in English, Marathi, Hindi, and Gujarati. He is best known for his work in Hindi films. His debut appearance came in the TV series Gubbare in 1999. The same year Joshi made his film debut in the movie Godmother. He has also starred in the films Lajja, Urf Professor, Style, Kahan Ho Tum, Xcuse Me, Shaadi No. 1, Colour It Yellow, Golmaal: Fun Unlimited, Life in a Metro, Raqeeb, Dhol, Hello, Sorry Bhai!, 3 Idiots, Toh Baat Pakki!, Allah Ke Banday, Ferrari Ki Sawaari, 3 Bachelors, War Chhod Na Yaar, Gang of Ghosts, and Super Nani. For 3 Idiots Joshi won a Popular Awards for Best Actor in a Supporting Role at the 2010 Awards of the International Indian Film Academy. He was nominated for another Popular Award in 2007 as well as for Filmfare Awards in 2007 and 2010 and a Screen Weekly Award in 2004. Sharman was honored with the life membership of International Film and Television Club of Asian Academy of Film & Television. He hosted the game show PokerFace: Dil Sachcha Chehra Jhootha in 2009.