Shari Headley Net Worth: Shari Headley is an American actress who has a net worth of $2 million. Shari Headley was born in Queens, New York in July 1964. Her TV debut came in The Cosby Show in 1985. Shari also appeared in an episode of Miami Vice in 1986 before making her film debut starring in Coming to America as Lisa McDowell in 1988.

From 1997 to 1998 she played Juanita Barnes on the television series 413 Hope St. From 2004 to 2005 she had a recurring role as Heather Engle on The Bold and the Beautiful, and from 1991 to 2005 she played Mimi Reed Frye on the soap opera All My Children. She has starred in the films The Preacher's Wife, A Woman Like That, Johnson Family Vacation, Towelhead, Act Like You Love Me, and The Congregation. Headley has also appeared in episodes of Quantum Leap, Matlock, New York Undercover, Walker, Texas Ranger, Cosby, Love Boat: The Next Wave, Malcom & Eddie, The Wayans Bros., House M.D., Castle, 10 Things I Hate About You, and White Collar. In 1998 Headley was nominated for an Image Award for Outstanding Lead Actress in a Drama Series for 413 Hope St. She was formerly married to rapper and actor Christopher "Play" Martin and the couple had a son together. 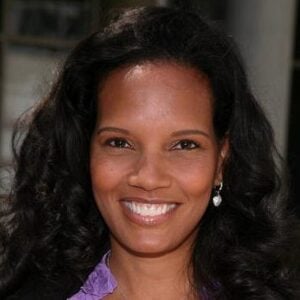