Shantel VanSanten Net Worth: Shantel VanSanten is an American model and actress who has a net worth of $5 million. Shantel VanSanten was born in Luverne, Minnesota in July 1985. She started modeling at 15 years old for Page Parkes Management. She was a finalist on the NBC reality TV series Sports Illustrated: Swimsuit Model Search but was eliminated in the first episode.

Shantel has been featured in Seventeen and Teen Vogue magazines. VanSanten provided voice work for the TV series Steel Angel Kurumi in 1999. She starred in the 2005 TV movie Three Wise Guys. Her best known role came starring as Quinn James in the television series One Tree Hill from 2009 to 2012. In 2013 she had a recurring role as Tyler in the TV series Beauty and the Beast. In 2014 she starred as Jessica Chapel in the television series Gang Related. She has also starred in the films The Open Door, The Final Destination, You and I, Remembrance, In My Pocket, and Something Wicked. 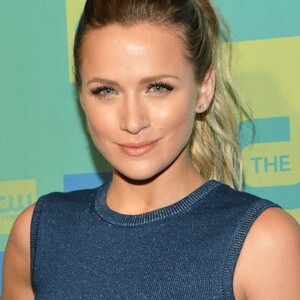