Shannyn Sossamon Net Worth: Shannyn Sossamon is an American actress and musician who has a net worth of $3 million. Shannyn Sossamon was born in Honolulu, Hawaii in October 1978. She moved to Los Angeles, California after graduating high school. Shannyn started working as a DJ in local clubs. She also modeled for companies such as American Eagle Outfitters, Unionbay Clothing, and Planned Parenthood.

She starred in commercials for Gap and music videos for The Goo Goo Dolls, Daft Punk, Cher, Korn, and Mick Jagger. Her acting debut came in the TV series Mr. Show with Bob and David in 1997. In 2007 she starred as Kira Klay in the TV series Dirt. Sossamon starred as Coraline in the TV series Moonlight from 2007 to 2008 and as Gingy Wu in the series How to Make It in America in 2010. In 2013 she starred as Alex in the series Mistresses and she will star as Theresa Burke in the 2015 series Wayward Pines. Sossamon has starred in the movies A Knight's Tale, 40 Days and 40 Nights, The Rules of Attraction, The Sin Eater, Kiss Kiss Bang Bang, Undiscovered, Chasing Ghosts, The Holiday, Catacombs, One Missed Call, Our Family Wedding, The Heavy, Road to Nowhere, The Day, and The End of Love. She won a Young Hollywood Award and has been nominated for an MTV Movie Award and three Teen Choice Awards. She was a member of the band Warpaint from 2004 to 2008 and played drums and provided vocals. 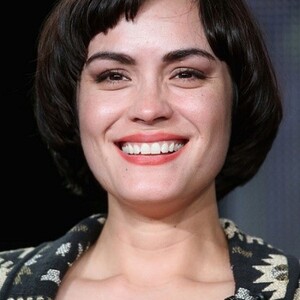